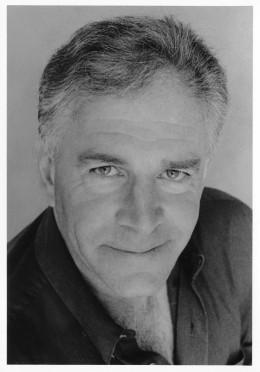 (United States of America, 1943)
© Christopher Felver
Biography
Michael Palmer was born in New York City and educated at Harvard University, where he edited Joglars magazine with Clark Coolidge. In 1969 he moved to San Francisco where he now lives. Palmer has written over a dozen books of poetry, and has translated poetry from Spanish, French, Portuguese and Russian. His work has been translated into over twenty-five languages. He is a contributing editor to Facture magazine and has taught and lectured at many colleges and universities around the United States and in Europe. He has also collaborated extensively with choreographers and dance companies, visual artists and composers, including Margaret Jenkins, Micaëla Henich, Sandro Chia, Gerhard Richter, Irving Petlin and Augusta Talbot.

In his poetry, Palmer confronts notions of representation and habits of language and addresses the political, in response to living in a time when, he notes, “even death and the self have been re-configured as commodities”. Palmer has described the trajectory of his work as “moving a little bit away from radical syntax into the mysteries of ordinary language, in the philosophical if not everyday sense”. Critics find traces in his work of Louis Zukofsky, Paul Celan and Samuel Beckett, as well as surrealism, philosophical and linguistic theory, yet Palmer defies categorisation. Robert Hass has written, “His poetry is at once a dark and comic interrogation of the possibilities of representation in language, but its continuing surprise is its resourcefulness and its sheer beauty”, while Brighde Mullins argues that in an age “of the Eye over the Ear, Palmer’s insistence on Sound evokes a subtextual joy”.

We must count in Babylon