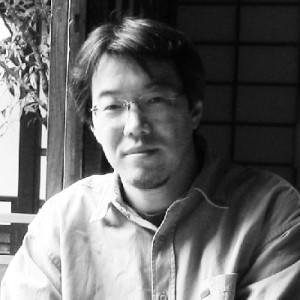 (China, 1964)
Biography
How often do we bite off more than we can chew? Whether it is something concrete, like food, or something more abstract like riches or status, we always want more. The Chinese poet Zang Di (1964) allows us to see the irony of this in a few words:

that small stomach of ours is contradictory to our insignificance,
almost always takes risks for the cosmos.

From these few lines, we can deduce a number of things straightaway, namely that the poet likes to deal with major existential issues, probably worries about the future of the world and has his own way of handling this by counterposing our "small" stomach and the insignificance of the world. In Chinese, you can say that somebody has "a big stomach" or  a "big appetite" to indicate that he or she is ambitious, something you can also understand in the same way in English. Zang Di plays with the connotation by emphasising here the insignificance of the stomach, of ourselves.

After completing his studies and PhD at Beijing University in 1997, Zang Di started teaching Chinese literature at the same university. He took his first steps as a poet in the 1980s, during his university studies, and has made steady progress since then. He also works as a critic, translator and editor. He has published, and assisted in publishing, numerous collections, and has won many awards for his poetry in China. This makes it sound as if he is mainly a book person, and in China, Zang Di is indeed considered a member of the 'Intellectual School', but that label does not do justice to his work.

In his poetry, Zang Di presents as someone who reflects, for example, about the changing way people look at life and death, the inability of some people to start long-term relationships, and the question of the essence of life. But he does not do this from inside an ivory tower. On the contrary, he is right in the middle of the world by providing his observations and asking questions in a humorous and sensory way. Big issues are reduced to elements of everyday life. If he compares words to peas, you see them, green, rolling around in the pan; in one selection, he succeeds in bringing to life brilliantly every last detail of maple syrup, mushrooms, forsythia and ants. And the poem ‘Introduction to the study of a layer of snow’ does indeed have an air of coldness.

Zang Di is a good observer with great powers of imagination. No wonder that for him, bus tickets are at one and the same time also cinema tickets and lottery tickets.

A GUIDEBOOK ON FORSYTHIA PLANTS

COMPENDIUM ON HOW LIFE IS SMELTED

COMPENDIUM ON A PUPPETEER

PRIMER OF MY BROTHER ANTS

INTRODUCTION TO THE STUDY OF SNOWPACK