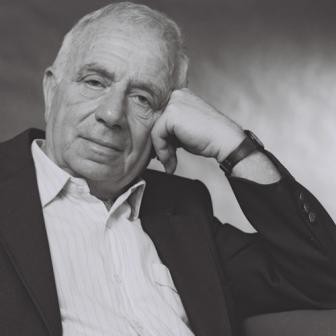 (Germany, 1924 - 2000)
© Pieter van der Meer
Biography
Yehuda Amichai was selected from our festival archives by 2014 festival poet Alfred Schaffer. Schaffer had this to say about why he chose Amichai: “His last performance was back in ’95, but he’s a giant in the poetry world. Back in the beginning I was also coincidentally influenced by his work – one of the few collections from outside of South Africa that you can reliably get here. That nonwithstanding, Amichai is a truly great poet, a humanistic poet, and a shrewd lyricist. Yes, he deserves to be part of this feature.”

Yehuda Amichai was born Ludwig Pfeuffer, in Germany. His family emigrated to Mandate Palenstine in 1935, and a year later moved to Jerusalem. Amichai served in the British military during WWI and also fought in the Israeli War of Independence. Afterwards he studied Bible and Hebrew Studies at the Hebrew University of Jerusalem. His first collection of poetry was published in 1955, entitled Now and in Other Days. Amichai published a number of collections and novels, and is widely thought to be Israel’s greatest modern poet.

After his first poetry collection, Amichai next went on to publish a novel – Not of This Time, Not of This Place (1963) – and around a dozen more books of both fiction and poetry. Many of his poems, and several of his books, have been translated into English. In fact, with translations into around forty different languages, the translator Robert Alter has noted that Amichai might well be “the most widely translated Hebrew poet since King David”. It is partly this that has made Amichai so important to Hebrew and Israeli poetry, bringing it to readers around the world.

Amichai was known for his accessible style, colloquial voice, gentle irony, and innovative use of Hebrew. Although German was his first language, Amichai learned Hebrew before he settled in Israel and wrote most of his works in that language. He explored it sounds and connotations, effects that some claim are lost in English translations.  His work is often pervaded by themes of religion, daily life issues and questions of existentialist philosophy. Although not ideological, his war experiences are also often very influential in his writing.

During his lifetime Amichai was recognised around the world with various awards and honorary doctorates. In 1957 he was awarded the Shlonsky Prize, in 1969 the Brenner Prize, the Israel Prize followed in 1982, and in 1996 he won the Norwegian Bjornson Award. He was poet in residence at NYU in 1987. The complete archive of his diaries, letters and unpublished works was sold to the Beinecke Rare Book and Manuscript Library of Yale University. Yehuda Amichai visited the Poetry International Festival on numerous occasions, most recently in 1995.

A MAN IN HIS LIFE