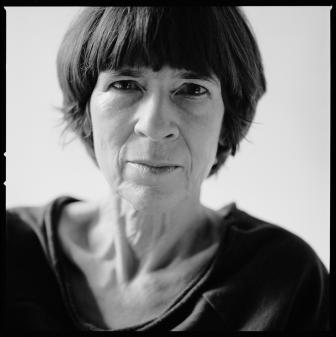 Eva Gerlach’s important position in the landscape of Dutch poetry is indisputable: the poet who made her debut in 1979 with her collection Verder geen leed (‘No Further Distress’), has won several prizes, including the P.C. Hooft Prize for her entire body of work. Her poems have been translated into fifteen languages. For many years, no one knew who the person was who wrote under the pseudonym Eva Gerlach, until Margaret Dijkstra was revealed as the author of the extraordinary poems that so fascinated readers. Eva Gerlach’s style is unique and instantly recognisable. In her poems she manages, in a sophisticated and almost clinical way to write about situations between people so that the underlying emotions become more real and more tangible. In the sometimes surreal poetic universe in which her characters find themselves, Gerlach plays with the reliability of observation and of her narrator. She also plays with language, her poems often including neologisms and language experiments. She writes about memory and loss, a loss that the reader cannot fail to feel. But her work also features a light and distinctive humour that lingers with the reader.

After submitting poems to several reviews from 1977 onwards, Gerlach published her first collection entitled Verder geen leed (No Further Distress) in 1979. It immediately impressed with the precise and considered organization both of the individual poems and of the whole; yet there was a strong, dark, emotional current underlying this formal control. Two years after its publication, Verder geen leed was awarded the Lucy B. en C.W. van der Hoogt Prize, an important award aimed to stimulate young writers and poets. In her many subsequent collections, Eva Gerlach developed into a poet of classical stature. The narrative tone of her early poems, born perhaps from the spirit of the age, gradually gave way to an astute, incisive plasticism, by which she seems to be trying to get a hold on life’s events.

Gerlach’s poems, in their often dark way, are concerned with the themes that have concerned poets in all ages: transience, loss, the human condition. Avoiding any tendency towards dramatic display or literary effect, she writes about the mysterious, invisible forces that govern our lives, about the thought “that in presence lives a truth/ greater than just that/ of the address.”

Eva Gerlach’s poetry has freed itself more and more from the prevailing trends in post-war Dutch poetry. Irony, therapeutic impact and linguistic autonomy, the three mainstays of the poetry of her generation, never play a significant part in her work. She is first and foremost a modest, unsentimental, yet penetrating portrayer of human emotions and motives. Over recent years it has been suggested that a stronger experimental tendency has seemed to surface in Gerlach’s poems and the more surrealistic elements are amplified. This might also be regarded a further fine-tuning of a strong and distinct poet’s tone of voice, which either whispering, stammering or speaking quite clearly always reminds us: “Whatever’s whole we fail to see” and “all that is split up sticks in us for good”.

In 2000, Gerlach received Holland’s chief literary award, the P.C. Hooft Prize, for her entire poetic oeuvre. Since then she has added several collections to her corpus, including her second book of poems for children Oog in oog in oog in oog (Eye to Eye to Eye to Eye, 2001) and her most recent title Situaties (Situations, 2006).

In Portugese:
'Duplo' in Portuguese