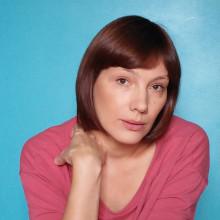 (Poland, 1977)
Biography
Born in 1977, poet and novelist Justyna Bargielska has published seven poetry collections and two works of fiction. She is twice winner of the Gdynia Literary Prize -- in 2010 for her poetry collection Dwa fiaty (Two Fiats) and in 2011 for her short fiction, Obsoletki (Born Sleeping) -- and, among many other awards, winner of the Rainer Maria Rilke poetry competition in 2001. In an interview with scholar Adam Nawarecki, she has described the dual role of the poet as being, on the one hand, a pregnant patient prodded by doctors when her baby’s heart beat can no longer be detected, and, at the same time, the hospital consultant carrying out the examination while inviting students to take a look.
Mistress of the short form, Bargielska is renowned for jump cuts in subject matter and playful syntax, equally at home with colloquial diction, philosophical enquiry and religious references. With forensic precision, her poetry examines the landscapes of quotidian existence, our disappointments and humiliations. However, in her dual role, she is also writing from the inside. Stereotypes of womanhood, sexuality and motherhood are invoked only to be ripped apart. Narratives are shot through with lyricism, despair and, at times, near mystical exaltation. She is witty, tongue-in-cheek, achieving a humour both self-deprecating and macabre. In her work, death is increasingly present and implacable.

Bargielska interrogates existence itself with an energy born of bewilderment, anger, tenderness – sometimes controlled, other times breaking through the surface. You can never be entirely certain whether she is serious or joking. Just when you relax, feeling you are in familiar territory – someone snapping a selfie, the ending of a love affair, a bug’s crushed body on the steps – you are brought up sharply by much larger questions. Bargielska's writing wrong-foots and disarms at the same time.

Her most recent collection Nudelman was published in 2014, the same year her literary drama Clarissima was premiered by Aleksandra Justa at the Witkacy Theatre in Zakopane. She lives in Warsaw, where she was also born, and she teaches poetry and prose writing to graduates at the Jagiellonian University in Kraków.
© Maria Jastrzębska
Bibliography

TWO MIRRORS, ONE OF WHICH MAGNIFIES

A COFFEE WITH AN IMPRINTER

SHE COUNTS ON SEX

A PROJECT TO CHANGE ALL THE PHOTO FRAMES

A SERIES OF MINOR WOUNDS

ABOUT A GIRL WHO’LL BURN IN HELL