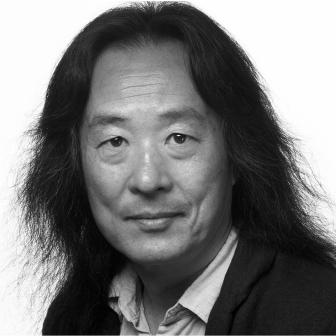 (Switzerland, 1955)
© Pieter van der Meer / Tineke de Lange
Biography
Yang Lian was born in Bern (Switzerland) in 1955, where his parents were in the diplomatic service, and grew up in Beijing. Like millions of other young people, he was sent to the countryside for re-education during the final years of the Cultural Revolution. After the death of his mother in 1976, Yang began to write poetry. Back in Beijing, as one of the leading experimental poets, he was associated with the underground literary periodical Jintian (Today).
Along with Bei Dao and Duoduo, Yang Lian is one of the best-known ‘hermetic’ or ‘misty’ poets – a label that derives from the conservative Marxist literary critics, who were were not impressed by the obscure imagery of the poetic avant-garde.

In 1988, Yang was invited to visit Australia. At the time of the bloodbath of Tiananmen Square (4 June 1989) he was in New Zealand, where he was to remain in exile until 1993. Since then, he has made London his base.

Yang Lian is best known as a poet, but he also writes prose, literary criticism and art criticism. His work, which comprises half a score of poetry collections and two volumes of prose, has been translated into over twenty languages. It includes: Dead in Exile (1989), Masks & Crocodile (1990), Non-person Singular (1995), Yi (2002), Notes of a Blissful Ghost (2002) and Concentric Circles (2006). He is regarded as one of the most representative voices of present-day Chinese literature.

In 2001, Yang Lian was involved in establishing the Independent Chinese PEN Center, which works for freedom of expression and the publication of Chinese authors inside and outside the People’s Republic of China.
© Jan De Meyer (Translated by John Irons)
[Yang Lian appeared at the Poetry International Festival, Rotterdam in June 2009. This text was written for this occasion.]

A SUNFLOWER SEED’S LINES OF NEGATION

RUINS OF A SAGE