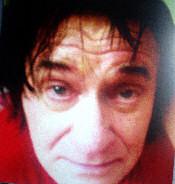 (The Netherlands, 1939 - 2020)
Biography
Hans Verhagen started as a poet in the turbulent 1960s, with collections whose titles remained part of collective memory for a long time: Sterren Cirkels Bellen (Stars Circles Bells, 1968), or Duizenden zonsondergangen (Dozens of Sunsets, 1971). As editor of the neo-realist periodical Gard Sivik he opposed the accepted poetry of the time, wishing instead for ‘A poem as lyrical as the full moon / of a hutted camp’. It all sounded quite provocative, especially in his work about illnesses that were still taboo at the time, as in the cycle ‘Kanker – Cancer – Krebs’, with the famous line, drawn from real life: ‘A painless lump / can be more ominous / than a painful one.’
Gradually, however, the neo-realist emerged from the hippie and provocative period as mostly a romantic. Under the influence of social changes and an interest in the softer values of life, his work began to show signs of an increasing sensitivity and positive attitude: ‘Sunsets. Sunrises. / And we are happy with tooters and bells, / with flowers and bees, / with colours and impressions.’ Meanwhile, he also made his mark as a television producer (of the famous programme The Hole of the Netherlands).

In 2003, his collected poems were published: Eeuwige Vlam (Eternal flame) – a suitable title, for many poets of following generations still seem to be addressing him. In the 21st century, Verhagen embarked on a kind of second poetic life. Since 2003 he has published three new collections, starting with Moeder is een rover (Mother is a Robber, 2004), which displayed a fascinating mix of the old hardness and a new responsiveness to human enterprise, watered down by a generous pinch of human shortcoming: ‘Beauty that comes alone is a pitiful spectacle / You want no traffic with such creatures / but even so get involved’.  It suggested a new kind of realism, though not of facts this time but of emotions, by means of which Verhagen demonstrated his durability as a poet. His most recent collections, Draak (Dragon, 2006) and Zwarte gaten (Black Holes, 2008), strongly confirm his vitality as a poet.

For his entire poetic oeuvre, Hans Verhagen was awarded the 2009 PC Hooftprijs, the most prestigious prize for literature in Dutch, named after Holland’s most important Renaissance poet P.C. Hooft (1581–1647).

PRAYING MANTISES ON THE WIND