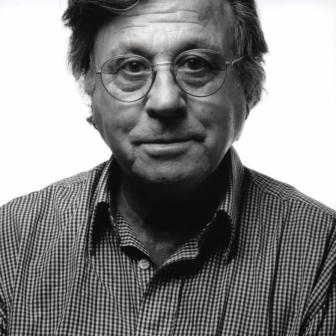 (The Netherlands, 1929 - 2008)
© Tineke de Lange
Biography
Ed Leeflang worked for a few years as a journalist, studied Dutch letters and literature and spent twelve years as a grammar school teacher in Zeeland province. He returned to Amsterdam to teach a teachers’ training college, where he concentrated on the methodics of language teaching. Not until his fiftieth year did Leeflang publish his first collection of poems De hazen en andere gedichten (The Hares, And Other Poems), and he followed it up with seven more.
Landscapes and events from the poet’s biography can easily be traced in his work. The former island of Schouwen-Duiveland provides much of the physical background for his first two collections; another collection, Op Pennewip’s Plek (1982), tells of his experiences in teaching. Leeflang’s strongly personal and emotionally charged poetry immediately caught on with a wide audience. But, appearing at a time when the spirit of ‘hermeticism’ was strong upon Dutch poetry critics, some of them dismissed his work as ‘anecdotic’ and ‘realistic’. Later, when it was recognized that his themes – however concrete and commonplace – were broader in scope than appeared at first view, and when his work became stricter in form and more abstract in content, the critics were forced to review their initial verdicts. Tomas Lieske, for instance, wrote: ‘Leeflang’s poems are anything but anecdotic. He skilfully varies on themes in a way that seems to charge them with new meaning time and again. His language at times assumes a strange, fanciful quality which gives it great power of expression.’ Peter de Boer observed: ‘These poems are about fragile, uncertain life. Now it is vitality, ecstacy, lust, that prevail, then again the spectre of death takes centre stage. Kees Fens, finally, said: ‘Perhaps Leeflang’s poems are so good because they betray a desire for commitment.’
© Erik Menkveld (Translated by Ko Kooman)
[Ed Leeflang took part in the Poetry International Festival Rotterdam 2000. This text was written on that occasion.]

REGARDING THE EVIL ONE

ON BEHALF OF THE SIMPLE ONE