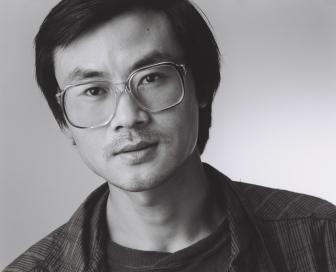 (China, 1957)
© Pieter Vandermeer
Biography
Wang Jiaxin 王家新 was born in Danjiangkou, Hubei Province, and was sent to the countryside for labor after high school. When the Cultural Revolution ended he was admitted to Wuhan University in 1978 and later worked as a teacher and editor after graduation. He went to London in 2002 as a visiting scholar and returned to China in 2004. He is currently a professor of literature at Renmin University in Beijing. Regarded as one of the most important post-misty poets, Wang is widely published and also known as an essayist and literary translator.


Wang Jiaxin started writing poetry while in college and gained more recignition in the 1990s after moving to Beijing. He has been mostly known for his long narrative poems such as “Pasternak”, “London Notes”, “Eulogy”, which drew inspiration from long conversations with his "literary relatives" in Russia and England.  After a break from poetry writing and devoting to translation, he returned with a new poetic voice—more lyrical and condensed.  In more recent years, he has shifted his focus to capturing small moments encountered in his travels and extending them to a more metaphorical sphere.

In 1992 Wang Jiaxin was a guest at the Poetry International festival in Rotterdam. You can listen to the recordings of his poetry made on this occasion and read a few other poems updated later.

Interview with Wang Jiaxin at University of Oklahoma website.

The Man Who Cuts Firewood for the Winter