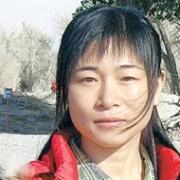 (China, 1980)
Biography
Zheng Xiaoqiong (郑小琼’) was born in Nanchong, a city in the southwestern province of Sichuan. After nursing school, she worked in a local hospital for a time, but, unhappy with the working conditions, she left in 2001. She headed to Dongguan, which, like Guangzhou and Shenzhen, is one of the major industrial cities in the south where many Chinese migrant workers have settled over the past decades in hopes of a better life. There, she worked on assembly lines in various factories. After a while, she started to write poetry in which the life of factory workers plays a large part. Soon her work was noticed. Around 2007, she broke through and she has published almost a dozen collections, won a great many awards, and been translated in various languages.

Characterized by stark oppositions, personifications, and broken phrases, her work is razor-sharp in its observations. Iron is perhaps the element most strongly associated with Zheng Xiaoqiong’s poetry. This tough, cold, sharp, and often also rusted metal represents machines and factories, the mechanization of society. Her poems reveal how pervasive industrialization ensures that humans become part of the machine: nameless, a number on an assembly line, without rights.

Zheng Xiaoqiong juxtaposes this dehumanization with the vulnerability, insecurity, and fragmentation of the people whose circumstances, too-long hours, endlessly repeated movements, and toxic environments lead to chronic fatigue, serious work-related illness, and homesickness – they are stuck in a hopeless situation. Iron crushes people both physically as well as mentally, almost turning them into insensate iron themselves, since you cannot be vulnerable if you want to survive in this world. “I may be rather pessimistic when it comes to past and future,” Zheng Xiaoqiong writes in response to the festival’s theme. If you read her work this will not come as a surprise.

© Silvia Marijnissen (Translated by Florian Duijsens)
Zheng XIaoqiong's poetry exploded on the Chinese literary scene when it won the Liqun Literature Award from Peoples’ Literature in 2007. The impact was strong – not simply because few had heard of her, but because she lives and works as a migrant worker and writes poetry so startlingly beautiful, vulnerable, and powerful, that nearly each poem stops one’s breath mid-line. While some critics have tried to pigeonhole her as a model “migrant worker poet,” her poetry defies the aesthetic expectations this label often implies.

At one level her work depicts the painful vulnerability of migrant workers within the grist of factory life, but she does so within a kind of industrial pastoral where machines, fire, and, above all, iron convulse into a terrifying sublime. Stylistically her work is quite complex – readers often confront a great deal of enjambment and ambiguity in and between the lines, as well as copious references to Classical Chinese history, literature, and philosophy that make her work hard if not impossible to categorize.

Born in rural Sichuan in 1980, Zheng Xiaoqiong (郑小琼) moved to Dongguan City in southern Guangdong Province as a migrant worker in 2001 and began to write poetry during a six-year stint in a hardware factory. Critic Zhang Qinghua has discussed Zheng’s work in more detail in his essay ‘Who Touches the Iron of the Age: On Zheng Ziaoqiong’s Poetry’ in Chinese Literature Today vol. 1, no. 1 (2010), 31–34. The sampling here may eclipse her efforts, but the poems give a taste of her broad themes and concerns and language play.

For detailed discussion of her work, please refer to this new essay by Professor Zhou XIaojing from Pacific University in the USA.