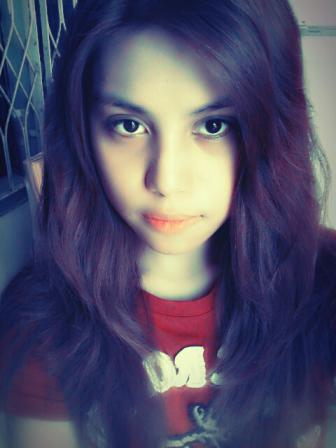 (Burma, 1991)
© Mae Yway
Biography
Mae Yway (given name Yi Ywel Yway) is from Myeik, a town on the coast of an island on the Andaman Sea in Myanmar’s deep south, and has been a resident of Yangon since the age of ten. An electronic engineer by training, she has never been a working engineer, while her poems have haunted Burmese periodicals since 2010. Yway is a former member of the now largely defunct PEMSKOOL, a collective of eight young poets from Yangon. Her work is anthologized in Tuning: an Anthology of Burmese Women (2012), the first ever anthology of Burmese women's poetry, edited by Pandora. Her maiden collection of poems, Courier, was followed by a collaboration with peer poet Cho Pain Naung, titled You & I. In March 2017, with her friend the poet Nay A D, Mae Yway co-founded 90/91, a poetry publishing house.

Mae Yway’s poems are characterized by charisma and enigma. On the one hand there is an irresistible appeal to her playfulness with language and her calculated use of Burmese idioms. On the other, readers don’t really know where the poet is taking them. Her work exhibits both global millennial feminist ferocity and the stereotypical vulnerability and defensiveness of a young Burmese woman struggling in the patriarchal backwaters of Myanmar. Her poem, ‘In the Ballpark’, for instance, is an outstanding assemblage of gender-biased Myanmar expressions placed between common slashes instead of usual line breaks:

… /you are just a slave on his path to the Buddhahood/ your whole life is cooking in the kitchen/ you are busy fancying a reliable man/ a man shouldn’t grimace like a woman/ a wife has to dog her husband/ . . .

For Mae Yway, poetry begins with a capital P. In her own words: "What I love is that Poetry is Making. Poetry is a worry between consciousness and unconsciousness. Poetry is a journey to discover yourself. In fact, Poetry is you."

REVOLVING LOVE DOESN’T COME FULL CIRCLE WE ARE AN UNMISTAKABLE FUSION AND SO, JANUARY POSTPONEMENT IT’S LIKE YOU AVOID EATING CHICKEN WHEN YOU GET A NEW TATTOO

WE ARE AN UNMISTAKABLE FUSION

Such & such are the window displays of the city