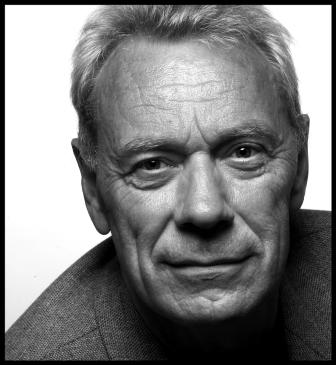 (The Netherlands, 1943)
© Tineke de Lange en Pieter Vandermeer
Biography
Tomas Lieske made his debut at the age of forty-four with the poetry collection De ijsgeneraals (The Ice Generals; 1987), but quickly expanded his sphere of activity to cover a broad literary front. Having maintained a poetry chronicle for Tirade magazine, he began to publish successful novels and short story collections. But poetry remained his core business. In his poems, imagination and the unutterable play a significant role but, all the same, Lieske is also a matter-of-fact poet who regards metaphysics and mysteries as human projections. His remarks on dreams are typical of his attitude: ‘They gnaw at your fingernails, speak a language, bring good luck/ although they don’t even exist.’
With captivating images and extraordinary use of language he constructs his own unique world, which you see developing on paper but which also develops within the reader. Lieske transports his readers on an uncertain but enchanting adventure. Through his exceptional manner of depiction and his wayward use of language, with expressions such as ‘brackish raking slacks’ or a ‘trout-fungic carpet’, he is one of the most exuberant figures in Dutch poetry, someone who continues the legacy of Gerrit Achterberg and Lucebert in his own specific way. Originally he wrote mostly broad, dispersive poetry; later poems are more sober.

In the meantime, essential matters remain prominent: he is not primarily interested in everyday news and the rumour of society and politics, but his poems are replete with love and pain, with sexuality and animality, with human nature and magic. With all these elements, his work retains a playful and occasionally absurd character, a quality in which you can recognize the theatre-maker who plays all possible roles. A person who calls a poem about telephone sex ‘Annunciation’, demonstrates that he is capable of blending registers and cultures like a literary alchemist.

Tomas Lieske was raised in a suburb of The Hague. His home surroundings have played an unmistakable role in his work. He studied Dutch Language and Literature and Theatre Studies in Leiden and taught at a secondary school. From the eighties onward he published in literary reviews and has written countless novellas, collections of poetry and novels for which he has received a number of major prizes. For one of his best known novels, Franklin, about an outcast who manages to survive on optimism and imagination, he received the Libris Literature Prize 2001, and for his fifth poetry collection Hoe je geliefde te herkennen (How to Recognize your Lover; 2006), he was awarded the prestigious VSB Poetry Prize 2007.

‘A collection that cherishes, as a fragile egg, the mystery that keeps us going, and which paints the excitement and joy of love in an unparalleled way in every poem.’
VSB Poetry Prize Jury about How to Recognize your Lover

‘You enter a world that was not there previously, a world in which a delicate equilibrium exists between anxiety and love, between horror and beauty.’
Bert van Weenen in Meander

Lieske in translation
Several of Lieske’s novels have appeared in various European countries. His poems have been translated and published in anthologies and reviews in English, French, German and Turkish.

In German:
Lieske at Lyrikline.org (including audio)

HOW TO SEDUCE OUR WOMAN

CONSOLING VOICE AT MY BELOVED’S BURIAL

LIFTING UP HER HIPPOPOTAMUS