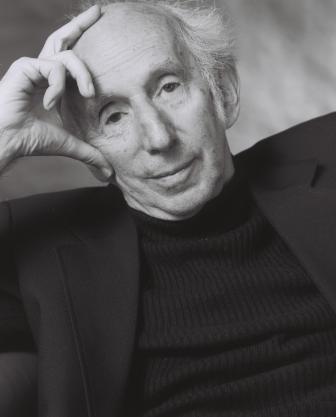 (The Netherlands, 1915 - 2014)
© Pieter Vandermeer
Biography
Leo Vroman is the ‘grand old man’ of Dutch poetry. He began writing poems well before World War Two and is still regarded as one of the most lively poets writing in Dutch. This liveliness has much to do with the form and tone of his work, at once loosely conversational and full of ingenious rhymes and playful neologisms.
In the post-war poetry of the Netherlands, Vroman bridges the gap between the surrealist leanings of the Fifties’ poets and the realism of the younger generations. Perhaps even more remarkable than the formal aspects of Vroman’s poems is their content. Vroman is both ultrapersonal, to the point of regularly introducing members of his own family, and universal, in capturing the state of the world in the expression of individual emotions. Seeing the large in the small is undoubtedly part of his work as a haematologist, a field of research that often finds its way into his poems.

The sweeping, yet never pretentious or preachy analogies between man’s microcosmos and the all-encompassing universe also provide a consolation for the fears of life and death that do pervade this lucid and seemingly light-hearted poetry. The title of his poem ‘Chaos, dear indivisibility’ says it all: life, imperfect, chaotic, is essentially one.

Owing to Vroman’s light touch, his often profound subjects easily imprint themselves on the memory, and quite a few of his poems have entered the canon of Dutch literature. Vroman is also a remarkably prolific poet, untroubled by fashions or trends. His residence in the United States may have helped him retain over the years that quality of light-footed profundity, already so apparent at his official debut in 1946.

© Rob Schouten (Translated by Ko Kooman)
[Leo Vroman took part in the Poetry International Festival Rotterdam 2001. This text was written on that occasion.]

Leo Vroman and his wife

A psalm for much later