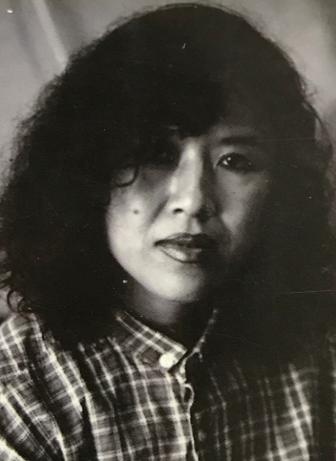 (China, 1951 - 2018)
© Yi Lei
Biography
Yi Lei (伊蕾), born Sun Gui-zhen in Tianjin, China in 1951, was one of the most influential figures of Chinese poetry in the 1980s. Sent to the countryside to work on a farm in 1969, she two years later became a reporter for the Liberation Army and a staff member of the newspaper The Railway Corps. Yi Lei studied creative writing at the Lu Xun Academy, and earned a BA in Chinese Literature from Peking University. In 1991, she moved to Moscow, where she lived and wrote for a number of years. She has published eight collections of poems, among them A Single Woman’s Bedroom, The Love Poems of Yi Lei, Women’s Age, and Selected Poems of Yi Lei. A Recipient of the Zhuang Zhong Wen Literature Prize, Yi Lei’s work has been translated into English, Japanese, French, Italian, and Russian.

Yi Lei astounded readers in China when, in 1986, she published a long poem entitled, “A Single Woman’s Bedroom”.  In it, a female speaker unpacks her own private urgencies. She speaks of passion and sexual desire. Again and again, the speaker returns to the refrain “You didn’t come to live with me” as she laments her lover’s failure to make good on his promise—this at a time when cohabitation before marriage was still illegal in China. The poem goes still further, laying claim to a freedom of the mind and spirit, and openly criticizing the rigidity of law:


I imagine a life in which I possess
All that I lack. I fix what has failed.
What never was, I build and seize.
It’s impossible to think of everything,
Yet more and more I do. Thinking
What I am afraid to say keeps fear
And fear’s twin, rage, at bay. Law
Squints out from its burrow, jams
Its quiver with arrows. It shoots
Like it thinks: never straight. My thoughts
Escape.

In other poems, Yi Lei writes as movingly of grief as of love, of joy as of deep unrest.
She celebrates and aligns herself with nature—as in this line from “Green Trees Greet the Rainstorm”: “I belong to the nation of wild arms flailing in the wind.”  In “Beseiged,”  her vision moves nimbly from the earthbound and everyday to the cosmic, the enduring:


What bounds the boundless?
Our tiny minds will come to grief
Trying to fathom what lies beyond.
To ponder it will cost me
No small wedge of eternity,
But for that time I’ll be boundless,

Still not yet widely-enough translated into English, Yi Lei’s work came to me almost by happenstance. In December 2013, I received word from Yuanyang Wang, a Chinese poet and translator, that a poet friend of his would be visiting New York City and would like to meet. A month later, I had lunch in Chinatown with Yi Lei and her friend Nancy Bumin, who, being the only one of us conversant in both Mandarin and English, served as our liaison. It was a cold January afternoon, coincidentally the first day of the Chinese New Year.

I’d been given a rough translation of “A Single Woman’s Bedroom,” one of Yi Lei’s most famous poems, and I’d been drawn into the expansive sweep of it. The poem is made up of 14 related sections that follow almost improvisationally from one another, each driven by a sharp emotional insistence. I felt a kinship with and an admiration for this poet’s passion, her sense of play, the ways each new gesture brought in a gust of new energy and indelible imagery.

This was during a period when I had been writing prose almost exclusively; reading Yi Lei’s poem, I felt newly beckoned to the genre. Her lines made me eager to return to the place—the mental place—where I am available to poems. Her poem’s sense of desire, of a relentless availability to love, even in the wake of betrayal or devastation, spoke to the feelings of passion, resistance, desire and loss that live in and have instigated a number of my own poems. I was still finishing a memoir. I had just given birth to twins. But it was too much to try and resist. We weren’t even midway through our long New Year’s lunch, yet I was already committed to the shepherding this indispensable voice into a living contemporary English.

Four years later, with a number of translations published and more underway, I took my first trip to visit Yi Lei in China. My flight landed in Beijing hours late, and I moved slowly, with a battery of tired travelers, through customs and immigration. It was nearly 2 o’clock in the morning, but Yi Lei and my co-translator, Changtai Bi (who goes by the name David), were waiting to welcome me. Of Yi Lei’s hospitality during that visit, all I can say is that I thought my heart would burst from gratitude at the beautiful entrée into her world that she’d provided, for it was with a quiet exuberance that she afforded me a glimpse into China’s complex past and its many-layered present. Most emphatically, spending a week in Beijing allowed me to get to know Yi Lei in her own element, with her peers and protégés, friends and family; to see her negotiating her city, and decoding her own history for an eager guest. I recognized in her the largeness of spirit, the agelessness, the fearless availability to experience, and the inner nobility that animate her poems.

Happiest are the brief flashes that have come to mind recently, of holding her hand as we hurried along a bustling block; her pointing my attention to people, to foods, to architecture signaling a way of life now all but gone. We spent my last afternoon in Beijing with her niece, Yisha, pulling canvasses down from the many racks of the studio where Yi Lei lived and, in recent years, made paintings. I came away with yet another understanding of the vast self to which she gave voice in her poems.

Once, over dinner and with David translating, Yi Lei told me the story of the great love that inspired “A Single Woman’s Bedroom.” In our 21st Century shorthand, I will say, simply: it was complicated. I envied Yi Lei’s ability to claim the fact of that love, and to embrace the joy and upheaval it led to without apologizing for it or turning against it as is sometimes the case when one looks back at the many detours of one’s own youth. “Love is innocent,” she said. And with that simple phrase, I believe she explained parts of myself to me, which is of course what great poets do.

The last time we met, six months later, Yi Lei offered me feedback on my translation of “A Single Woman’s Bedroom.” In particular, she wanted me to attend better to the poem’s later sections, which I had initially translated with too much emphasis upon romantic love.  She wanted me to see that her poem turns from a fixation upon the liberation of sensual love to an urgent insistence upon the individual’s freedom from unjust institutions. The pined-for beloved, as the poem progresses, is no longer a man, but an essential concept. And the disappointment driving the poem is leveraged finally, and importantly, against the self. Written three years before the massacre at Tiananmen Square, “A Single Woman’s Room” concludes with these lines:

This city of riches has fallen empty.
Small rooms like mine are easy to breech.
Watchmen pace, peer in, gazes hungry.
I come and go, always alone, heavy with worry.
My flesh forsakes itself. Strangers’ eyes
Drill into me till I bleed. I beg God:
Make me a ghost. Something invisible
Blocks every road. I wait night after night
With a hope beyond hope. If you come,
Will nation rise against nation? If you come,
Will the Yellow River drown its banks?
If you come, will the sky blacken and rage?
Will your coming decimate the harvest?
There is nothing I can do in the face of all I hate.
What I hate most is the person I’ve become.
You didn’t come to live with me.

Yi Lei was and remains a revolutionary voice in Chinese poetry. I feel immensely fortunate to be able to say, from first hand knowledge, that she was huge-hearted and philosophical, on intimate terms with the world in the way of Walt Whitman, one of her literary heroes. To think that I am calling up these reflections of her now to mark her death is unfathomable. Those of us who knew her face an unthinkable loss. But the spirit alive in Yi Lei’s poems continues to speak.