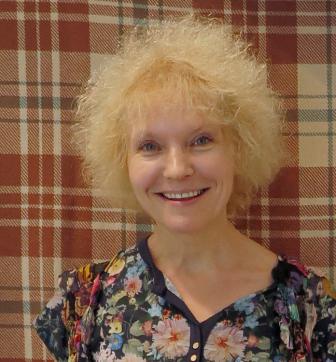 (USSR, 1967)
© Doron Adar
Biography
Nadia Adina Rose is an Israeli poet and artist who was born in Moscow and has lived in Israel since the age of 22. Rose graduated art school in Moscow; she received a BFA from the Bezalel Academy of Art and Design in Jerusalem, and an MA in Art from Beit Berl College. Active as a sculptor, painter, and art teacher, the poet has illustrated more than a dozen Hebrew children's books, and says that her engagement with these texts awakened her interest in writing.

Her first book of poetry, Snow Ink, received the Israeli Minister of Culture Award for debut poets. In 2021 her second book of poetry, In the Belly of the Wolf, will be published. Its manuscript has been awarded a prize from the Society of Authors, Composers and Music Publishers in Israel (ACUM). Rose’s children's book, And Then the Rhinoceros Began to Fly, has been translated into Portuguese and German. Her solo exhibitions and projects have been on display at the Israel Museum, the Janco Dada Museum, the Eretz Israel Museum Tel-Aviv, at the Bar-David Museum of Art and Judaica, and at a considerable number of galleries and exhibition spaces both in Israel and abroad. In 2019, she received the Shoshana Ish Shalom Art Award.

Rose writes about migration in succinct, minimalistic Hebrew that translates well to English:

“With poetic restraint Rose scatters her biography throughout” Snow Ink,  writes reviewer Shlomit Cohen-Asif in A poet who knows her snow: “a new home and a new landscape, the experience of being uprooted, loss, death. This debut book is dedicated to her sister, Hannah Anya Bondar, who was killed in a terror attack in Jerusalem in 2004.”

Since then
my parents haven’t spoken
about her.

As if meeting a lover
my father secretly
visits her grave.

Yet, Cohen-Asif cautions, “The power of Rose's poems, some of which leave the reader open-mouthed, is expressed in the marvelous way she manages to fill the emptiness that has been created. Or, perhaps she does not fill the void, but instead it fills her. Rose does not drag readers into her pain, but shares it with them, along with consolation and reconciliation. In this way loss and absence turn into the possession of something innocent and hopeful.”

[A bed stands on its hind legs]