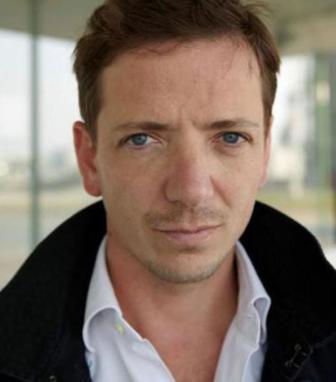 (Belgium, 1975)
© Franky Claeys
Biography
Max Temmerman explores the great literary themes of life, love and death that have dominated poetry since its beginning. His language is smooth, clear and precise, his verses short but never simple. Although he is a young poet, the way he deals with loss and grief, and also with new beginnings and the letting go of the past, have led to his work being called ‘classical’:

Also in a landscape that’s too wide or too open
you might drown, like the man knows who deep in the woods
succumbs to an overdose of trees.

The same applies to the underwater: you can be in an air pocket
and still sense the droplets
hesitantly feeling out your lungs.

Retreat into your thoughts as if into an instinct.
Take a deep breath there. Submerge yourself in scraps of nature.
Lying hidden deep inside your head the untouched variant.
DAS BOOT 4

The poet made his debut in 2011 with his first collection, Vaderland/Native Country; critically acclaimed, it was immediately nominated for that year’s debut poetry collection award, the C. Buddingh’ Prize. His second book, Bijna een Amerika/Almost an American, appeared in 2013 and was awarded the prestigious Herman de Coninck Public Prize, as well as being shortlisted for both the Jo Peeters Poetry Prize in 2014 and the J.C. Bloem Prize in 2015. His third collection Zondag acht dagen/Eight Ways to Sunday, the last of the trilogy, was released in 2015. His work has since been translated into many different languages, including English, German, French, and Turkish.

Temmerman regularly contributes poems to the national Belgian newspaper De Morgen, Belgium's Radio 1 channel and his work has appeared in many other national and international magazines and newspapers. In addition, he takes part in the Belgian literary social project Eenzame Uitvaart (Lonely Funeral) in which poets write verses for people who who have passed away without family or friends to be recited at their funerals as they are laid to rest.

Novelist Annelies Verbeke, in a review of the poet's second volume, writes: "Almost an American amounts to more than a striking inventory of loss, even more than a highly personal account of being floored by experience and getting back up again. What I found most appealing in this volume was the dignified sense of anticipation and the love of what remains and then: the quiet glint, the sudden gleam."

Temmerman's fourth collection of poetry Huishoudkunde/Home Economics will be released in May 2018.