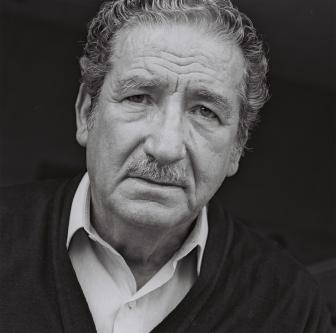 (Mexico, 1926 - 1999)
© Pieter Vandermeer
Biography
Jaime Sabines Gutiérrez was a Mexican contemporary poet. Known as “the sniper of Literature” as he formed part of a group that transformed literature into reality, he wrote ten volumes of poetry, and his work has been translated into more than twelve languages. His writings chronicle the experience of everyday people in places such as the street, hospital, and playground. Sabines was also a politician.
In 1997 Jaime Sabine was a guest at the Poetry International festival in Rotterdam. You can listen to recordings of his poetry made on this occasion.