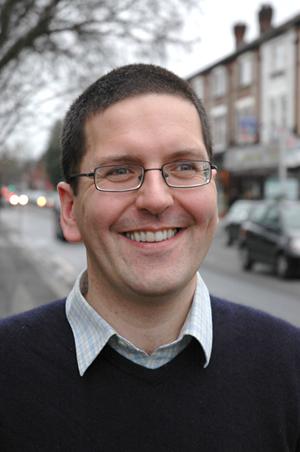 (Ireland, 1973)
Biography
John McAuliffe was born in 1973 and grew up in Listowel, Co Kerry. He studied at NUI Galway and subsequently worked in Cork and Dublin where he ran the Poetry Now Festival in Dun Laoghaire and established the Irish Times/Poetry Now Award for best collection. Since 2002 he has lived and worked in the UK, where he now co-directs the Centre for New Writing at the University of Manchester. He is also chief poetry critic for the Irish Times and editor of The Manchester Review. His three books from The Gallery Press are A Better Life (2002), which was shortlisted for a Forward Prize in 2002, Next Door (2007) and Of All Places (2011) which was a Poetry Book Society Recommendation. A selection of his work was published in the US by Wake Forest UP this year.
John McAuliffe’s ambition is to “find another horizon” for poetry, to set his poems at an angle to the world, to use traditional forms without sounding traditional rather than simply repeating or reacting to received subject matter. Such a focus lies at the heart of his oeuvre to date (three full-length collections) and is outlined in ‘Today’s Imperative’ a version of Horace that very much sets the tone for his first collection and outlines his trajectory thereafter.

A ‘slow burn’ you might say – three slim volumes by the age of forty. But McAuliffe is a most deliberate and – needless to say – sophisticated poet, one who contrives and operates within the confines of an overarching architecture. Recurring motifs and repeated symbols within and between collections lend his overall project a highly orchestrated unity of purpose; as with Seamus Heaney, the last poem of each book opens the door to the next. Their very titles hint at this: A Better Life (2002), Next Door (2007) Of All Places (2011). And even their covers, featuring figurative works by the Irish painters Martin Gale, Tony O’ Malley and Camille Souter, seem to flag a cohesive vision that might be summarised, perhaps glibly, as realist and formalist in orientation.

McAuliffe’s work visits the familiar territory of the young and emerging poet: the yearnings of youth, domestic married life and parenthood, the bewilderment and reappraisal that comes as middle-age begins to hover ever so slightly into view.

Angst, some amorphous but pervasive sense of ennui, is a core concern. Many poems see McAuliffe address an ‘under-the-radar’ anxiety more insidious than the everyday media-driven and politically-instigated diet of terror that keeps citizenries on tenterhooks, at the mercy of ‘the next atrocity’.

His meditations spiral inward to generate a relentless interrogation of the individual and of the individual psyche’s journey, one where nothing is taken for granted and whatever consolation to be had is hard-won. ‘A Night In’, ‘The Quiet Life’ and ‘Old Style’ are key texts here. Strategically positioned in each of the three collections, they flag progress on the road toward a developed and individuated identity, “that is, the point of departure, the destination, / and all points in between. / A free drift to nowhere in particular. / All that way, and back again.”

At times his work exhibits a quasi-nihilistic strain, that calls to mind mid-century Existentialism, as the poet grapples not only with cultural and psychic dislocation but with a grim stasis. It is what Anthony Cronin calls ‘Drift’ and what Joyce, in connection with Dubliners, referred to as ‘paralysis’. Indeed, Dubliners is a text cited by McAuliffe as a seminal influence.

This is perhaps especially evident in the poems that address his hometown of Listowel. ‘Town’, in Next Door, is a biting but unsentimental commentary on his native town, while ‘The Street’ ironizes and subverts fellow Listowel man John B. Keane’s celebratory poem of the same name. ‘The Listowel Arms’ subverts the stock view of Listowel as something of a cultural mecca, recounting a boyhood encounter with former Taoiseach Charles Haughey as he canvasses at the local mart: “this small, bustling, jostled colonel [. . .] surrounded on Mart Day / by hundreds of men, a river of tweed.”

Again and again in McAuliffe’s work the natural world insinuates its way into an urban consciousness, contributing in no small way to its distinctive ‘air of menace’. Cars, abandoned or derelict, take on a creaturely aspect; pilfered and somehow violated but still threatening. ‘Badgers’, for instance, juxtaposes menacing myths regarding its titular animal with the hunt for terrorist Dessie O’Hare, known as the ‘Border Fox’, who the poet imagines sleeping in cars as he evades the authorities. The young speaker is startled by movement in an abandoned Volkswagen, causing childhood anxieties to blend with fears of a wider political nature.

The “old Cortina” that’s come to rest in ‘Pyramid Scheme’ becomes a poignant reminder of life’s transitory nature: ‘the rusting shell tells half stories / the kind that make it first notorious / for the children who will have to learn / what goes on at night’. Indeed throughout his work the poignant and banal are closely linked.

Throughout his three-book journey McAuliffe has exhibited rigorous control, rapidly shifting perspective and the ability to generate uncanny and unfamiliar images. These, combined with an insistence on the Yeatsian ‘half said’, are what gives McAuliffe’s poetry its power, its stimulating shock to the intellect. These are bleak and lovely poems with, as August Kleinzahler has said of them, “no cheap flourishes, no ingratiating mannerisms”.
© Eugene O\'Connell
Bibliography