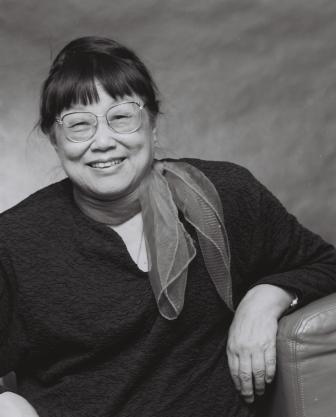 (China, 1920)
Biography
Zheng Min 郑敏 was born in Beijing, graduated from Southwest United University in 1943, and then went to study literature and philosophy at Brown University, USA earning a master's degree in 1952. She returned to China in 1955 and has been teaching at the Beijing Normal University since 1960 before retirement.


Influenced by Feng Zhi and Rilke as translated by Feng Shi, Zheng Min started writing poetry while a student in college and published her work in the 1940s. In 1993, she criticized New Poetry, the free verse that she’s been engaged with since early on. After decades of writing the free verse she saw it as something not mature. Her essay caused a nationwide debate that’s still going on today.

Zheng Min was a guest at the Poetry International Festival in 1984 and 1994. In the bottom of this page you can see her poems where you can listen to the recordings of her poetry made in 1994 and read the new translations of her work.

Nine Leaves, a collection of poetry by nine poets from the 1940s, was published in 1981.  Zheng Min is now the only living poet from the Nine Leaves circle, a witness of the early modernist poetry in China and one of the transitional poets between modern and contemporary poetry in China.
© MD