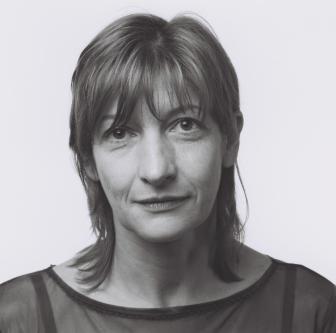 (France, 1957)
© Pieter Vandermeer
Biography
Patrizia Gattaceca is a Corsican poet and a singer. She began singing in public when she was a 13-year-old secondary school pupil and set her first poem to music. She is co-founder of the Nouvelles Polyphonies Corses, a female trio singing traditional Corsican songs.
This trio, which became internationally known after performing at the 1992 Winter Olympics in Albertville, France. They have sung with famous performers including John Cale and Patti Smith.

As Gattaceca’s music has its roots in Corsican tradition, so does her verse. Not only does she write in the language of Corsica, the island with its mountains and surrounding sea is ever present in her verse : "Nostalgic clouds / Watercolour of the night / Over the hills waits / A wayward people.

Gattaceca’s poems often resemble lyrics. She writes in regular forms and her lines are melodious. In the collection A paglia è u focu (2000) her narrative, poetic and musical talents combine : classical verse forms such as the rondeau and the villanella are used to tell a story of well-nigh mythical proportions. Patrizia Gattaceca was awarded the Grand Prix du Livre Corse in 1998.
© Janita Monna (Translated by Ko Kooman)
[Patrizia Gattaceca took part in the Poetry International Festival Rotterdam 2002. This text was written on that occasion.]