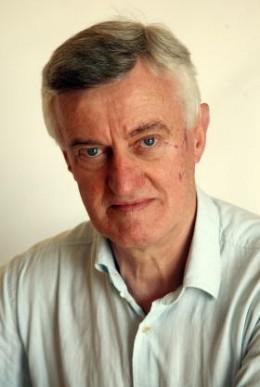 (Ireland, 1945)
© Faber
Biography
Bernard O’Donoghue was born in North Cork in 1945. He moved to Manchester in the United Kingdom aged sixteen and has lived in the English city of Oxford since the age of twenty. He has spent all his adult life working as an academic of English literature, specialising in medieval English. He has published five collections of original poetry and several volumes of translation. He was awarded the Whitbread (now known as the Costa) Prize for poetry and in 2008 Faber published his Selected Poems.
Despite having spent most of his life abroad, O’Donoghue still speaks with an Irish accent, and his Irish accent also informs his personal poetic idiom. Undoubtedly his frequent revisiting of the setting of his childhood has reinforced his essential Irishness.

He has said that the Anglo-Saxon elegies are his perfect model for the form of a short lyric; but more than as a model for form, the keening sense of displacement to be found in ‘The Sea Farer’ and ’The Wanderer’ have much in common with the worldview of this émigré poet.

His poems often resemble compressed short stories, but unlike the surreal, fabulist fictions of Matthew Sweeney, which echo the likes of Kafka and Marquez, O’Donoghue’s tales are more like verse companions to the realist/social realist short stories of Corkonian compatriots such as William Trevor and Frank O’Connor. Another sign of his aesthetic relationship to Trevor and O’Connor is his preference for restraint in language: in the same way Trevor avoids the verbal pyrotechnics of James Joyce or the early Beckett, O’Donoghue’s language is devoid of the verbal rarities of a Muldoon verse or the heavily onomatopoeic and textured vocabulary of Heaney.

He has eschewed what he calls confessional poetry, but his poems are shot through with personal reminiscence and emotional involvement. The fabric and intimacy of local life in North Cork is chronicled in his work, but not preserved by way of the distant emigrant’s aspic. O’Donoghue’s frequent sojourns to his birthplace have ensured he has kept abreast of the changes this deeply conservative community has endured over the years, and he keens for the deaths and changes from an informed perspective.

In the links that follow are some fine critical articles on his poems which throw more light on their greater complexities. The poems published here appear for the first time and are due to be included in his forthcoming collection Farmer’s Cross (Faber, June 2011).
© Patrick Cotter
Select bibliography

The Courtly Love Tradition, Manchester University Press, 1983
A Stay in a Sanatorium, poems from the Czech of Zbyněk Hejda, Southword Editions, Cork, 2005
Sir Gawain and the Green Knight, Penguin, London, 2006