As if everything has been filmed 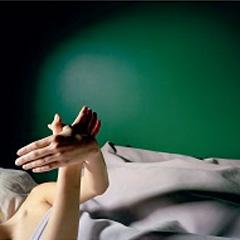 January 18, 2006
Erik Lindner creates poems like a cameraman, says Paul Demets in this review of Lindner’s collection Tafel. “A slow camera movement is performed in many poems and things are framed just out of focus.”
We believe that we can we can look. That is why we are often pleased to have a camera with us, in an attempt to place people and things in a context. When we later examine the photographs we have taken, we see the misrepresentation: the light, the surroundings, the people turn out to be different to what we imagined at the moment we pressed the button. Then we realize that we have not looked properly. It is not the photographs that have gone wrong, regardless of how we have used the camera; we ourselves have failed in our objective. We have failed because we thought we could capture reality, convinced that we had control of and insight into the situation. Photographs isolate things, and that is why they reveal peculiarities that we otherwise might not have observed.

There is a difference between looking and seeing, but how could we describe this? Perhaps seeing is a kind of deviation in looking, a gaze that loses itself – observing without a purpose, having eliminated all pre-judgement. Another, as-yet unseen reality reveals itself at such moments.

If you view things in this way, you can say that Erik Lindner is a ‘seer’ in his poetry. In his debut collection Tramontane (1996), he used a quote by Walter Benjamin as his motto: “The gaze is the edge of the person”. Lindner is primarily concerned with the gaze that moves quickly, generating associations, but also with what Benjamin calls Darstellung: “Knowledge is a possession”, he wrote. To him, Truth is a form of being. We cannot know this truth, but we can demonstrate it by means of ideas that are linguistic constructions. To Benjamin, Darstellung is not mere representation, and, in much the same way, Lindner does not simply present items or concepts in his poems. The poem always grows to completion in the reader’s head – is there an alternative? – but Lindner puts that process to the test in an exciting manner by slowing down the observation and by introducing shifts in the arsenal of images that he presents to the reader. In that sense, it is possible to interpret the opening poem in the Tafel (Table) collection in a poetical fashion:

in the light of the window
the leaf bends an arm’s length
a bar breaks at the elbow
in the drawer: crumbs paperclips

a shifting square over the table
touches the ground in one piece.

Everything in this poem begins to shift due to the change of perspective. The poet does not set things in motion, they seem to move of their own accord. Perhaps literally due to a gust of wind that blows a window open, and figuratively due to the incidence of a different light. Lindner creates this kind of passage like a cameraman. He is consistently aware of the impossibility of translating animated images via words. A slow camera movement is performed in many poems and things are framed just out of focus, as the painting on the cover by Bert de Beul, a rather underrated contemporary of Luc Tuymans, suggests. This lack of focus invites the gaze to linger a little longer. It is no coincidence that the cycles bear titles such as ‘Een lifter naar Acedia’ (Hitchhiker to Acedia), ‘Naar Acedia’ (To Acedia), and ‘Terug uit Acedia’ (Back from Acedia), a reference to the Latin acedia, lazyness. A sensual summer lethargy hangs over the poems, in which many looks are exchanged: “Ze is daar waar zij hem heeft gezien. (Zijdelings een oogopslag/ in de tegengestelde rijrichting.)” (She is where she saw him (Obliquely a glance/ against the flow of traffic.)). There is an alternation of zooming in and out, here and in many other poems in the collection. Body parts such as hands and arms are given close attention. It seems as if everything has been filmed. The line “This afternoon’s recordings will be successful” emphasizes the artificiality, the impossibility of getting things to be real. And in the poem ‘De tramontane’ – Lindner delights in referring to previous titles of collections, cycles or poems – we read:

Off the coast the diver rests in his story
and sparsely draws the cliff behind the beach.
The wind cuts the story and wears and rubs
the leaves from off the plane trees – the window frame.

I had the wind behind me for this story.
The journey narrated a man walked over the mountain
and the tale gets bogged down in the sea. (. . .)

Like a filmmaker, Lindner assigns a determining role to light – or perhaps I should say ‘illumination’? A bridge that lifts the lanterns but ‘not the range of their beam’, ‘patches of light in the frosted glass plan/ how long to stand still before a door’. Light could ensure the right framework but this is always breached in some way or other. Reality is perpetually in motion, just like the observer. In that context, the Tafel collection conforms closely to Lindner’s previous collection, Tong en trede (Tongue and step). “So a passer-by explains what passing is:/ a town you leave while you are staying there”, was one of the lines in that collection. Lindner offers us moving pictures that cannot actually be understood in poetry. And, additionally, there is the continuous misleading, which he explicitly presents in one of the last poems in Tafel: “Small errors, simple optical illusion/ in the corner of your eye is what you see again”. The poem ‘Pastille de menthe’ gives the impression that Lindner goes far in his doubts about the capacities of language. The first line is as follows: “It is the word that lies, not me, you know”. In any case, language is something that exists outside him: “The silent woman at the table/ divides what is ours and what belongs to language”.