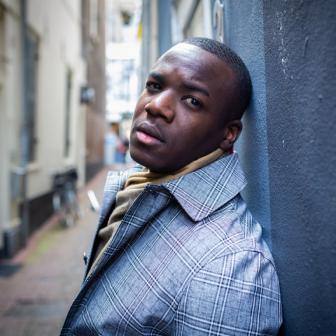 Gershwin Bonevacia has been Amsterdam's official poet from March 2019 to March 2022. He likes to approach topics such as the city, education and the past with a playful philosophical approach, and is just as likely to interweave Harry Potter or Balenciaga into his poems.

Gershwin Bonevacia will participate in the ode to Dutch poet K. Schippers, his predecessor as City Poet of Amsterdam: Thanks for listening: Ode to K. Schippers, Sunday 12 June, 15:00 hours in LantarenVenster 1.