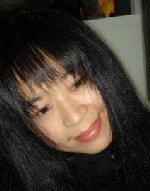 (Taiwan, 1956)
Biography
Hsia Yü studied film and drama at the National Taiwan Academy of the Arts. Besides poetry she writes essays, lyrics and stage plays. After living for many years in France, she now divides her time between Paris and Taipei. Since she published her first poems in the early 1980s, Hsia Yü’s reputation has steadily grown; she is now considered to be one of Taiwan’s most original poets.
Hsia Yü won wide acclaim for the poems in which she plays with clichés about men and women and their mutual relationships, deemed by critics to put a surprising, highly individual perspective on the ancient theme of love. In fact, however, her choice of subject (which is anything but restricted to love) is only of secondary importance; the special character and power of Hsia Yü’s poetry lies in its preoccupation with language. Clichés are not challenged, but distorted, eroded, turned inside out. By constantly wrenching words from their established meanings, she stretches language, as can be seen in ‘fusion kitsch’.

More extreme examples of her linguistic exploits can be found in her poem ‘seance III’ (1990), which contains only characters of her own invention, or in ‘missing image’ (1989), in which a passage from the I Ching, the Book of Changes, is rewritten by substituting the recurring character for ‘image’ with small pictures of animals, plants, or objects. Such poems seem to have been born from a need described by Hsia Yü in an earlier (1985) poem, ‘yi’ermidisuo’ (the name of a self-invented language group):

‘All of a sudden I felt the need to use an entirely incomprehensible language to express myself, express myself profoundly, and to use all sorts of excentric and dangerous words as in the yi’ermidisuo languages.’

Hsia Yü has so far published four books of poetry, at her own expense and of her own design.
© Silvia Marijnissen (Translated by Ko Kooman)
[Hsia Yü took part in the Poetry International Festival Rotterdam 2000. This text was written on that occasion.]

For more information on Fusion Kitsch: Poems from the Chinese of Hsia Yü translated by Steve Bradbury, please visit the Zephyr Press website.

More and More People Wanting to Get Involved

The Ripest Rankest Juiciest Summer Ever