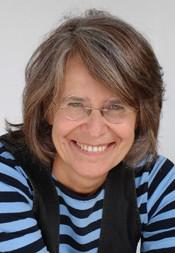 (South Africa, 1952)
© Karina Turok
Biography
Antjie Krog’s work focuses on her struggle with attributes she acquired at birth: she is white and a woman. Though we are all expected to accept our own identity, one of Krog’s most important works of non-fiction is a book called Begging to be Black, and her famous menopausal sonnets lament the physical change destroying her “last juiciness”. This is characteristic of her poetry: her struggle against who she is, and the tangled topic of identity and all its axes.
This issue is one that plays an extremely important role for a politically conscious poet in South Africa; however great her international fame, she will never be divided from the country where she was born. When she wrote a poem for the six billionth citizen of the world, it turned into the “Slaapliedjes vir Ntombizana,” a lullaby for a fictional African baby (“hush hush / sleep-a-bye / sweet”), who was also warned about “bones and bullets and violence and aids.” The child receives a mission, it has to know:

Krog’s poetry is political, and rhetorically crafted – yet another striking aspect of her poetry is the wealth of sounds it marshals, which she manages to convey to impressive effect at readings.
Politics, love, sex, and music are the building blocks Krog uses to construct her poetry, yet the issue of aging also shows up more and more. Another aspect of one’s identity to challenge, which for Krog means that she will keep looking for a new kind of language to express the experience of being a white South African woman. Phrased like that it might seem an individual issue, but Krog turns it into a universal one.

MA WILL BE LATE

COUNTRY OF GRIEF AND GRACE