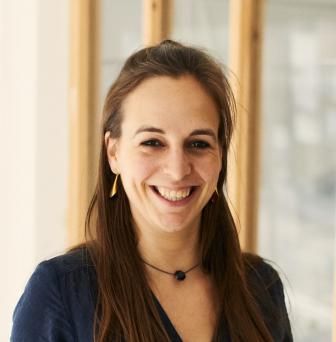 Carmien Michels has a history on stage: she won the 2016 Dutch Poetry Slam Championship, came in third at the Poetry Slam World Championship and became the European Champion later that year. Her debut poetry collection bears witness to the way her poetry has grown on the boards.

Where We Came From consists of ten series of poems that are carefully assembled and contain a great diversity of subjects. However, the poems share a longing to look back at where things start – the opening series reflects on birth as the beginning – and at how they develop, mostly in a rather devastating way.

Michels' verses show a political and social engagement that is more often than not ‘right in your face’, although there is also plenty of room for personal and loving irony, doubt and self-criticism. The poems often bear traces of the oral situation they were written for in the first place, but her writing is equally strong on paper.

Poems on the migrant crisis and (neo)colonialism are combined with harsh love poems inspired by Pablo Neruda: this debut shows all the skills needed for a promising poetic career.

Carmien Michels (b. 1990) is always on the go but lives in Antwerp. She holds a master’s degree in Drama (Media, Writing and Performance Art) and a postgraduate qualification in Drama Teaching and Multilingualism from the Royal Conservatory of Antwerp. Her first novel We Are Water (2013) was shortlisted for several debut prizes. Her second novel Lightning Never Lies followed in 2015.

Dancing between the urban and the classic, her passion for rhythm and poetry came to a boiling point on the spoken word scene. In 2016, she won both the Dutch and the European Poetry Slam Championship and came in third at the World Cup in Paris. Collaborating with various artists, she has been touring ever since. Fragments of her novels, short stories and poems from her first collection Where We Came From (2017) have been published in eight languages.

Carmien (‘kα:maȋn) n. song or poem that comes about by accident

My mother my daughter