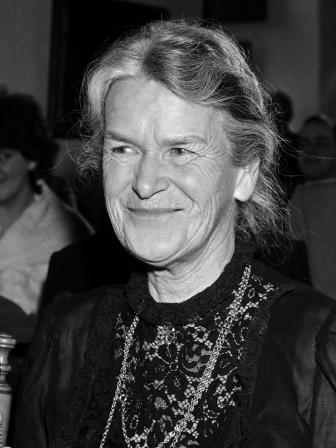 (The Netherlands, 1909 - 1998)
Biography
M. Vasalis is the pen name of Margaretha Droogleever Fortuyn-Leenmans, a poet who studied medicine, married a neurologist and had four children, one of whom died very young during the Second World War. She worked as a child psychiatrist until her seventieth birthday. Between 1940 and 1954, three collections of poetry were published that gained her the highest literary awards and that were immensely popular with a large reading public. She is dubbed the Dutch Anna Akhmatova by some, because right up to the present day, many Dutch people know Vasalis poems by heart. After her death in 1998, a fourth, posthumous collection was published. A volume of her collected poems was first published in 2006, and has been reprinted several times since.
Many of Vasalis’s poems are located in nature. This positioning in nature, however, always leads to an inner experience that is the actual subject of the poem. This is the case in, for example, the poem ‘The IJsselmeer Dam’, where the contrasts between internal and external, people and water disappear and where time finally stands still in a wonderfully illuminated now-moment. Nature grants access to a forgotten or repressed dimension in one’s own existence. In many poems such an experience of mental transcendence is central, something that also fascinated Vasalis as a psychiatrist. The experience may have to do with inebriation, but also with passionate love, melancholy, the dream or vision. The unknown dynamics of the life within is her theme. The way in which she wrote about deep distress, melancholy and the loss of a child has touched many people deeply.

Already early on, Vasalis was compared with the medieval mystic Hadewijch. And a part of her work certainly fits into the mystical tradition. Space, time and gravity can disappear in the course of a poem, as can the awareness of the ego and the difference between subject and object. These experiences are blissful or terrifying, enlightening or full of mere emptiness. The ego is thereby passively affected, and the oxymoron is the most frequently used stylistic means, since the experience is virtually incommunicable. Vasalis explores that other dimension which lies outside every religious framework. Her concern is pure immanence. Her fellow-poet Clara Eggink has called this the "transcendence of the earthly". That makes Vasalis a very modern poet.
© Nederlands Letterenfonds, Dutch Classics 2012
For more information see: Dutch Classics 2012 (PDF)
and:  The Enchanted Verses.

Birds at the window once

Time after time, the oriole flings