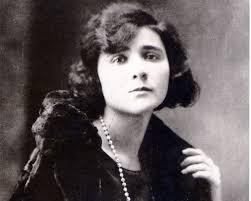 (Portugal, 1894 - 1930)
Biography
Florbela Espanca has always had her fans. But for many years her poetry – deemed too emotive, with too many exclamation marks, too feminine! – was not given due recognition by the literature departments of Portuguese universities. Nowadays, however, her work is the object of critical study in Portugal and in other countries. The contemporary of Fernando Pessoa, she is somewhat his opposite. Instead of dividing herself into multiple poetic personalities that cast doubt on the validity of a coherent, unified self, she wrote an exalted poetry that relentlessly proclaimed “I am!”

Born in the provincial town of Vila Viçosa, not far from Portugal’s eastern border with Spain, Espanca was an unusually emancipated woman for her time and place. She studied at the University of Lisbon’s School of Law, where only a handful of the students were female, and though divorce was socially frowned upon, she divorced twice and married three times – all in the space of a rather brief life. The poet, who suffered from depression and mental disequilibrium, ended it by ingesting an overdose of barbiturates on her 36th birthday.

Espanca began writing poetry – mostly sonnets – at a young age and was a frequent contributor of poems and prose pieces to periodicals. Although her sonnets were not formally innovative or technically remarkable, they impressed contemporary readers – and still impress us today – because of the unusual intensity of feeling they express. Thematically they were somewhat daring, insofar as the poet was insistently self-affirmative. Though not explicitly feminist, Espanca demanded to be taken as seriously as any man. And in her poem TO LOVE! she freely admitted that the Catholic ideal of a single lifelong love was inimical to her passionate nature.

TO LOVE! IT\'S ME! RENUNCIATION MAKE WAY FOR DEATH FROM MY WINDOW
Poems
Poems of Florbela Espanca