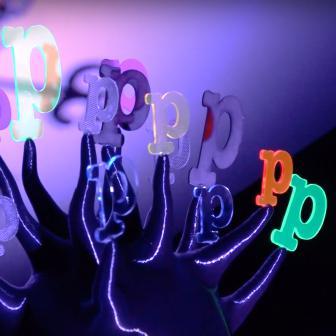 December 18, 2019
Sixty-five poets appeared on the Poetry International site in 2019 alone – 23 invitees to the 50th Poetry International Festival Rotterdam and 42 poets whose work was uploaded for the first time by country editors. And our editors have a knack for spotting prize-winners. You may not have heard of them in their original languages, which you may not know. And that’s the point. We aim to give an overview of contemporary international poets and poems that matter, in the original language and English translation, with a special focus on Dutch poetry in translation.
In 2019 you could have read (and still can, on Poetry International Archives online), for example, the Curacao-born Netherlands poet Radna Fabias, even before she was awarded the €25,000 Grand Poetry Prize (Grote Poëzieprijs) for the best book of Dutch poetry.

In early 2019, Poetry International featured the deaf-spoken-word Jamaican-born British poet Raymond Antrobus before he received the £5,000 Ted Hughes Award for his debut collection.

I might spit in a bag and wait to find out
I don’t have enough African in me to be
excellent. Afua says
one drop and you’re black but I still remember
Ebony, who is herself mixed, tagging me
on Facebook, “LOL @RaymondAntrobus
IS NOT BLACK!” just as I was visiting
Bob Marley’s grave and he came back
from the dead as a duppy and laughed
[Heritage Test]

It’s true,
I hear voices
and talk to myself.
I am done with shame.
[Haruspex]

These poets do not fit into neat categories.

Though classified by countries of origin, geography is only one piece of the jigsaw that is identity. A Trinidad-born poet, Vahni Capildeo, one of the poets taking part in the 50th Poetry International Festival and long resident in Scotland, will be found among the UK entries. Annemarie Estor is a Dutch poet from the Netherlands, but is listed under Belgium, because she lives there. Many poets are bilingual/trilingual. Ayat Abou Shmeiss, whose first language is Arabic, writes poetry in Hebrew. Slightly more than half the poets on Poetry International Archives are women; not all the poets define themselves as gender binary.

In their work you will find a wealth of feeling, stories of intimate and distant relationships, descriptions of extraordinary/ordinary happenings and belongings, as well as philosophical and political thought – depicted by diverse poets from around the world in the original language and English translation.

You may make your own discoveries.
Simply go to the home page and
just press {segment name="poets/page/0/" title="POETS"}

Here are some examples of work published on Poetry International, in 2019:
A wealth of Chinese poets presented in context:
Zheng Xiaoqiong who performed at this year’s Poetry International Festival, worked in factories and writes stark poems about the “dehumanization… vulnerability, insecurity, and fragmentation of the people whose circumstances [include] too-long hours, endlessly repeated movements, and toxic environments”. The underground Ya Mo, “one of the very few poets that have remained independent and, as a result, extremely marginalized” and Ethnic ‘minority’ poets such as Jike Bu – “Here is a real person speaking to us”.

Australian Lisa Gorton preoccupied, one critic says, “with…the rational magic of things”, is represented on Poetry International by seven poems, including two from a book released in 2019 and these lines on an apparently skewed perspective:

In truth, the history of space travel
is a history of rooms
[Empirical]

It’s intriguing to compare Gorton to an earlier, very different poet, Florbela Espanca, a Portuguese contemporary of Pessoa, “for many years… deemed too emotive, with too many exclamation marks, too feminine!”:

Make way for Death…
Fling wide open all the doors

And to Yumi Fuzuki “trying to expand the territory of poetry, not just hers but the general concept of poetry as perceived by the Japanese public”. See Poetry International Archive’s exclusive interview with her.

And to compare them both to Turkish poet Gonca Ozmen

And speaking of Japanese and Turkish poets, Poetry International Archives' editors organized a meeting on the Euphrates where they wrote traditional collective poems known as Renshi, in three languages, for example:

And of course there is no lack of political issues and personal responses. From the UK, a slam/performance poet/educator dealing with “identity, race and sexuality…from a sense of inquiry rather than polemic” Keith Jarrett, and Mary Jean Chan “for whom issues of colonialism and bilingualism work in tandem with the personal, including the difficult relationship between a mother and a queer daughter”.

It seems there is no stopping the urge for poetic expression, even when poets live in a repressive environment. Searching further back in the Poetry International Archives, we are privileged to learn How Iranian writers use Telegram and to read the surprising (to us) fruits of their efforts: contemporary Persian poetry.


What Lisa Gorton says about the overmuch we try to give and get in the name of love may be said about richness of contemporary verse offered here:
And I, like every traveller, brought too much.
The solution to absorbing such a muchness is perhaps a poem or a poet a day.
Just press {segment name="poets/page/0/" title="POETS"}


What actually happened to the future?
And of course, 2019 was the year we celebrated the 50th Poetry International Festival – on stage in Rotterdam, as well as here on Archives. Following the theme of ‘What Happened to the Future’ the 50th festival was a beautiful and grand celebration of poetry from all over the world, poets from the (festival’s) past and from the future. Let’s reminisce!

Here you can find poems of the festival poets in the original language and translation, along with audio and video recordings of the poets performing them live. Be moved by Chilean poet Raúl Zurita’s words and voice, listen to Fiston Mwanza Mujila (Congo) telling you about his undying love for his Kaku, let Mona Kareem (Kuwait / USA) convince you that there is a whole world in all of us. You can {segment name="poems/filter/audiovideo/Video/page/0/" title="WATCH VIDEO RECORDINGS"} of all 2019 festival poets. You can even relive the entire OPENING NIGHT of the festival; readings by 23 poets from all over the world, music by the Metropole Orkest and a performance by none other than the legendary Last Poets.