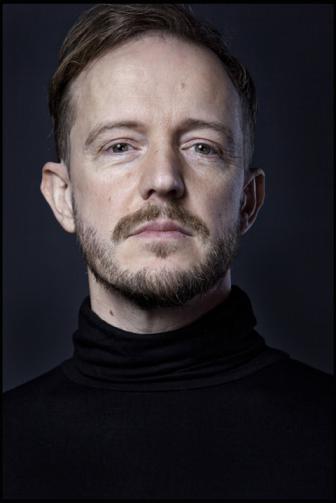 (The Netherlands, 1970)
© Keke Keukelaar
Biography
“A collection that makes the language glitter like a gushing fountain in the sun” said the jury that nominated Alexis de Roode for the C. Buddingh Prize in 2006 for his debut book, Give Me a Miracle. A dozen years later, the poet, who was also praised for his “grotesque play with language”, has grown into a distinct voice in the Dutch poetry landscape.

The poems in his first collection displayed an awareness of tradition and form. In their seemingly carefree nature, they could be moving. And funny too, because of the often unexpected twists and turns.

But in De Roode’s work there is more than just the language at stake. In his second collection, City and Country (2008), he explores, while meandering past bars and through woods, what people make of the space around them. He sounds critical about advancing concrete, the dominance of oil, or the acceptance with which everyone waits in traffic jams every day:

Sextillion cars from horizon to horizon.
We wait motionless not looking at each other,
we lead a perfectly orderly life.

He hopes to open eyes to the light and the sky: “This is inexpressible:/ sunlight on plantain.”

You could call de Roode a poet with a mission, one that never becomes too insistent. Free Time for Everyone (2010) reads as a calm attempt to make people aware again of time and of their origin and place in the universe.

And De Roode knows how to deploy his words. His images are sharp: “On the edge of a day/ full of dishwater I entered/ my house in a rage”. His line breaks create suspense: “ She doesn’t know what the day will bring/ in five minutes’ time.”

Setting something in motion though language is what De Roode aims for in Unfolding a Stone (2017), the current highpoint of his oeuvre. Here, he operates on the razor’s edge, writing close to current events, in search of the unknowable motivations at the root of evil, big ones such as extermination camps and the small ones closer to home. Parents who murder their children, the berserk meat industry. De Roode’s lines have a deceptive simplicity, as the critic Piet Gerbrandy writes. His humour is biting, but essential, because without it reality would be unbearable. It is poetry like a hurricane that grows ever more powerful, and ultimately blows the readers socks off.

The state of play

Review of the week