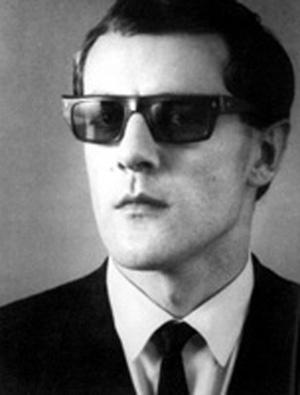 (The Netherlands, 1935 - 1992)
Biography
Cornelis Bastiaan Vaandrager’s life and work are more intricately intertwined than one would think at first glance. From a literary historical perspective, he is first and foremost one of the ‘Zestigers’ (‘1960s-ers’), a poet who made readymades and applied advertising strategies to size down the pompous pretentions of poetry to a minimum, and, through that, offered an alternative for poems in which romantic values and personal images had the upper hand.
A child of his times, basically – but this is not the entire story. Vaandrager also applied these techniques to write a poetic autobiography, something the ‘Zestigers’ weren’t known for at all. But the famous Madurodam poems (‘the croquettes in the restaurant / are really rather small’) were written in situ, and when Vaandrager condescends to his (former) friends and colleagues in his work, this is not strategic, but mirrors his sincere exasperations.

In his prose, he carelessly speaks of his youth (Leve Joop Massaker), his adolescence (De avonturen van Cornelis Bastiaan Vaandrager) and later life (De hef). In his poetry, it is the business-like, unpoetic tone that stands out. Gard Sivik contains many readymades, in which texts from advertisements are used, and the oftentimes ultra-short poems are presented with aplomb. This leads to a kind of clearcutting, such as in the ‘Gedichten om niet’ sequence:

An entire page is reserved for this poem, which was enough reason for a critic to call Vaandrager ‘a paper-wasting fraud who sells many centuries worth of small-town Dutch turnips for lemons’. The readymade was often used as a means to create neutral art, without reality being romanticized by the poet. However, Vaandrager mostly used the readymade to shape his autobiography.

His most famous poems from the sixties were brought together in the collection Gedichten (1967), but this highlight in his literary career was published during a time in which Vaandrager himself was doing less well. The next collection appears only in 1973: Martin waar zijn de giraffe . . . The poems seem like word games, free associations to certain words.

But this game was played by schoolchildren that partook in research into children’s vocabulary; the collection is Vaandrager’s processing of the research findings. It was well-received, something that annoyed him: ‘I bet they’ll pin me down on those children’s poems now. That’s not what I want at all’ – his then-girlfriend, Hetty Smink, quotes.

Another two collections are published: Metalon (1987) and Sampleton (1990). They were less well-received – his literary historical significance had passed, and that both collections contained good, interesting poems was only noted with the appearance of Made in Rotterdam, Collected works in 2005.

Vaandrager was a poet who was present at the right moment, affiliated with the right journals, and fittingly presented himself in public. His works only contain a handful of poems that could stand as models for the minimalist renewal that the ‘Zestigers’ propagated, but they did have the desired effect: they annoyed critics, and turned the literary journals in which he published them into literary manifestos. His success in literary history is pre-eminently an illustration of how literature is temporally and contextually defined. A literary historical role is always the sum of body of works and behavior, and Vaandrager seemed to realize that all of it could be a stroke of luck.
© Bertram Mourits (Translated by Jonas van de Poel)
Bibliography

A FOGGY DAY IN ROTTERDAM

CYCLE IN PAST TENSE