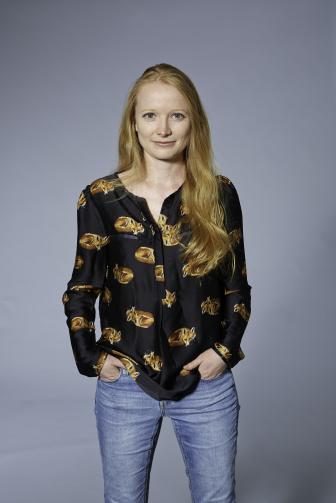 (Australia, 1982)
© Jessica L.Wilkinson
Biography
Jessica L. Wilkinson is a Senior Lecturer in Creative Writing at RMIT University in Melbourne, Australia, and the founding editor of RABBIT: a journal for nonfiction poetry. She is the recipient of numerous grants and awards, including the Martin Bequest Travelling Scholarship and the 2014 Peter Porter Poetry Prize. Born in 1982 in country Victoria, Australia, she holds a PhD in creative writing from the University of Melbourne and has published two books of poetry: marionette: a biography of miss marion davies (Vagabond Press, 2012), which was shortlisted for the 2014 Kenneth Slessor Prize, and Suite for Percy Grainger (Vagabond Press, 2014). She is currently undertaking research for her third full collection, Music made visible: a biography of George Balanchine.
Where are all the peaceful, silent dead?—
scattered refuse and scrap-liberties,
broadcast beyond the cylinder—
fuel to throw the foot sideways, quick

escape from the commandment!
Softly, softly in the field, always moving
sightly, with an argument on air—
I’ll see you in the faithful pitch of swift
elsewhere—

In the growing field of ‘poetic biography’, Wilkinson is both a pioneer and innovator. Her two full-length collections, marionette and Suite for Percy Grainger, respectively take as their subject matter the historic twentieth-century figures of film actress Marion Davies and musician and composer Percy Grainger. And yet, as Wilkinson shows, the wall between history and imagination is often porous; apparitions frequently cross, slippages occur. These crossings and slippages, these transgressions of the boundary between ‘fiction’ and ‘non-fiction’, and their consequences for notions of objective truth and absolute knowledge, are what animate and drive these texts. For Wilkinson, who brings to her work the creative and critical sensibilities of both poet and scholar, it is not enough to ask who and what, but also, and often more importantly, how and why.

Such questions can only be answered on an individual basis: central to Wilkinson’s poetry is an intensely personal engagement with the archival space, the biographic subject and the act of representation. The essential encounter between poet-biographer and historical subject infuses Wilkinson’s poetic reworkings of the past with a sense of the urgent present: ‘These lines,’ she writes, ‘are live and dangerous     cannot hold still’ (from ‘1961: Lightly Scored in Three Parts’). Her books are acts of resurrection – of the people known as Marion Davies and Percy Grainger, and of the extras and bit players in each of their lives – and in the telling and retelling, the medium is the key. Master puppeteer, Wilkinson walks in from the wings to place herself – the biography of the biographer – into her work, and in doing so reminds us that the story one tells about the life of another is always influenced by and inflected with one’s own.

As with all stories, the manner of telling is important: another striking aspect of Wilkinson’s poetry is her attention to the art and practice of composition. It is no accident that the subjects of her collections are artists. ‘Respeaking’ the voices of an actress and a musician has entailed thorough research, not only into the details of their personal and professional lives, but also the artistic mediums they practised. Immersed in these details, Wilkinson tailors her own practice to the unique subject at hand: in marionette she employs the structure, conventions and (quite literally) material form of film; in Suite for Percy she incorporates the terminology and symbols of musical notation. While these works are on one level poetic re-imaginings of Davies and Grainger, then, they are also tributes to the sister arts of film and music, transposed into poetic form.

Close attention paid to the spatial dynamics and materiality of the page, use of a range of eclectic and experimental forms, and a finely attuned awareness of the aural as well as visual shapes of language, are some of the hallmarks of Wilkinson’s poetry, a small selection of which can be read here. Arresting, intellectually stimulating, original and compelling, this work rewards multiple readings and re-readings; multiple crossings of the boundaries we erect between artistic mediums, between past and present, and between the imagined and the ‘real’.
© Bella Li
Bibliography

Everybody else said “stinking.”