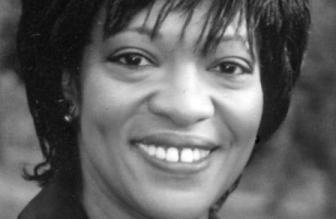 (United States of America, 1952)
© Poetry Foundation
Biography
Born in Akron, Ohio, Rita Dove (1952) was the daughter of one of the first African-American chemists allowed to work in the tire industry. In 1980, she debuted with The Yellow House on the Corner, a collection that immediately won her great acclaim. Many collections followed. In 1986, Thomas and Beulah appeared, a novel in verse that would win her the Pulitzer Prize for poetry the next year. From 1993 until 1995, Dove was the American Poet Laureate. Aside from poetry, she has also written essays, short stories, a play, and a novel. Her work has earned her countless awards and honorary doctorates.
From the start, Dove’s poetry has stood out due to its powerful engagement with the emancipation of the African-American community. Poems like “Belinda’s Petition,” “The House Slave,” and “Rosa” can be read as fiery accusations against the ruthless treatment of Black America. And in Thomas and Beulah she described her grandparents’ desperate struggle to scratch out an existence in an Ohio town during the Great Migration. Her poems also tackle a great many other topics, of course, –motherhood, for one, and music and dance.
Dove’s poetry pairs a great clarity with an exceptionally effective use of imagery and a fine-tuned sense of form. Her poem “The House Slave,” for instance, communicates a sense of threat from its very first line. “The first horn lifts its arm over the dew-lit grass” she writes, and we immediately feel that physical violence is imminent. The loaded last line of the poem – “I weep. It is not yet daylight.” – seems to synopsize the entire painful emancipation process of Black America in just a few harrowing words. She also artfully plays with form, like in the poem “American Smooth,” in which she describes how she dances with her partner, apparently in the titular style, letting the poem itself light-footedly dance from one line to the next.
Pure class is what that is.

Essays
The Poet’s World, The Library of Congress, Washongton DC, 1995.

Orders of the day

The spring cricket considers the question of negritude