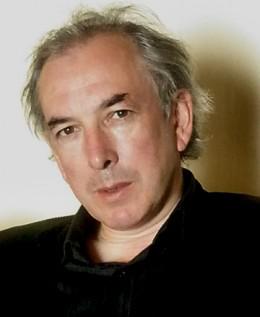 (Ireland, 1958)
Biography
Michael O’Loughlin was born in Dublin in 1958 and studied at Trinity College Dublin. In the late 1970s he was involved with Dermot Bolger in setting up Raven Arts Press. In 1980 he moved to Barcelona for some years. After this, he lived in Amsterdam until 2002, where he worked mainly as a translator. He has translated over a hundred books from the Dutch, including Hidden Weddings: Selected Poems of Gerrit Achterberg. In the 1990s he concentrated on screenwriting and had a number of feature films produced.
Since returning to Ireland in 2002, he has been Writer in Residence in Galway City and County, as well as Writer Fellow at Trinity College, Dublin. He has received many awards, including the Patrick and Katherine Kavanagh Fellowship. As well as his five volumes of poetry, the most recent of which is In This Life (2011), he has published many essays and reviews. He is married to the singer and writer Judith Mok, and has a daughter, Saar. He lives in Dublin.

Michael O’Loughlin is important as one of the few genuine, intellectual, working-class voices in Irish poetry. His poetry displays the sensibilities of many of his generation and background who felt alienated by the prevailing myths of national identity which had been forged in the aftermath of the 1920s bourgeois revolution. This included the establishment’s manipulation of the Irish language and its set of idols formed from historical and mythical heroes of blood sacrifice. His first book Stalingrad: The Street Dictionary (1980), published when he was twenty-two, opened with the words:

I was born to the stink of whiskey and failure
And the scattered corpse of the real.
This is my childhood and country:
The cynical knowing smile
Plastered onto ignorance
Ideals untarnished and deadly
Because never translated to action
And everywhere
The sick glorification of failure.
Our white marble statues were draped in purple
The bars of the prison were born in our eyes
And if reality ever existed
It was a rotten tooth
That couldn’t be removed.

The “cynical smile” fronted a political and economic elite which was about to drag the country into one of its worst recessions, which commended the necessity of austerity to the nation without ever being prepared to suffer the concomitant deprivations themselves, which used its cynical smile to mask secret knowledge and lack of action over the institutionalised abuse of children and single mothers which was in full swing at this time – a sick failure to “cherish all the children of the nation equally”.

Far from the hedgerows and potato fields, far from the gentility of country life, O’Loughlin’s personal idiom was shaped more by the streetscapes of shabby Dublin and his readings of European poets than by the sweet music and stanzas, as neat as topiary, to be found in the ascendant poetic tradition then dominating Irish and British poetry. No accident that one of O’Loughlin’s poetic sequences is entitled ‘The Shards’:

Sensing that shards are our only wholeness
Carefully carving their shattered edges.

In his first book’s opening sequence, Rosa Luxemburg, Karl Marx, Stalin, Koestler, Marcuse and Mandalstam are all referenced. W.B. Yeats is mentioned only in the context of his fascist sympathies. The sequence ends with an assertion that the Irish language formed no part of the self-identity of the child O’Loughlin, in spite of the establishment’s efforts to inculcate such a belief:

O’Loughlin’s subsequent respect and enthusiasm for the Irish language has developed out of encounters with it through poetry (see his poem about Michael Hartnett) rather than through the establishment’s exhortations such as “You’ll need it for the Civil Service” or pronouncements that it formed part of their nation’s heritage. The effect this had on the young O’Loughlin, as on so many others, was to leave him feeling like an inner exile, growing up in a state to which he felt no belonging.

As O’Loughlin’s poetic oeuvre expanded, it was full of the colour of Mitteleuropa, the European cities he chose to live in, the European poets and writers he preferred to read. If he remained an exile in these lands, well, it was little different from how he felt at home. O’Loughlin’s poetry of exile did not echo the pangs of nostalgia or lost comforts to be found in the work of other Irish exiled poets. O’Loughlin’s true homeland was the English language and the sensibilities of writers like Baudelaire, Gottfried Benn and Paul Celan. A long stay in the Netherlands led to an intimate engagement with Dutch poetry.

At the turn of the century, O’Loughlin settled in Ireland once again and began to write about Ireland from the perspective of a foreigner. He invented the persona of a Latvian poet Mikelis Morgelis (reminiscent of Christopher Reid’s ventriloquism through Katerina Brac) to examine contemporary Ireland through the cold, objective gaze of one of its Gastarbeiteren. Much of O’Loughlin’s most recent book In This Life is taken up by Morgelis’ musings.

O’Loughlin’s beginnings and development as a poet arguably could not have been possible without the existence of Raven Arts Press, founded by Dermot Bolger. It is inconceivable that anyone else in Ireland in the late 1970s and early 1980s would have had the vision or developed a taste for publishing poems dealing with O’Loughlin’s subject matter, written in a form of poetry more at home in the Middle and Eastern European poetic traditions.
© Patrick Cotter
Select bibliography

On Hearing Michael Hartnett Read His Poetry in Irish