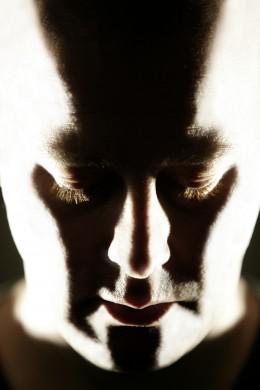 (Belgium, 1962)
© Johan Jacobs
Biography
For poet and novelist Peter Verhelst, creation equals destruction. His motifs and images interlock, repel and cancel each other out. Verhelst’s work is immune to notions such as unity and comprehensibility; rather than taking the reader by the hand he prefers instead his language to derail. His poetry is considered intractable and sensual, bathed in apocalyptic atmosphere and brimming with references to literature, the visual arts, dance, theatre, music and classical mythology.
Verhelst’s first collection, Obsidiaan (Obsidian; 1987), consists of a series of claustrophobic poems centred around four paintings by Irish artist Francis Bacon. The collection won him the Paul Snoekprijs and the Prize for Literature in West Flanders. His debut collection was followed by Otto (1989), a poetic exploration of violence and eroticism, and subsequently by the epic poem Angel (Sting; 1990). In Witte Bloemen (White Flowers; 1991) Charles Baudelaire is challenged to a duel, and the French dandy is even condemned to the electric chair. Master (1992) presents a series of alphabetically ordered self-portraits ranging from Andy Warhol to Zorro. The long pastoral poem De Boom N (The Tree N; 1994) announced Verhelst’s exit from poetry: in Latin – a dead language – he lets it be known that he does not wish to be remembered.

Up until that point in his career, Verhelst constructed his poetry collections according to a pentagrammatic scheme embodying his six central themes: decapitation, castration, tauromachy, dissection, Catholicism and reflection. His seventh collection, Verhemelte (Reheaven; 1996), destroys this artificial structure. The collection, constructed around the Icarus myth, is an attempt to bring poetry to an end once and for all. To drive home his message Verhelst published his own obituary as a poet in the literary magazine De revisor (1997).

Even though Verhelst pronounced the poet Verhelst dead, an eighth collection did materialise, under the title Alaska (2003). This collection forms a diptych with his counterpart novella Memories van een luipaard (Memories of a Leopard; 2001). Alaska features a heat-sensitive cover bearing a poem that could only be read when the cover came into human contact. Critics have interpreted it as an attempt to encapsulate the destructive in poetry. In contrast to the rigorous form-experimentation of the earlier collections, the poems in Alaska seem to veer closer towards the traditional.

Verhelst continues in a similar vein in what is his next ‘final’ collection, Nieuwe sterrenbeelden (New Constellations; 2008): poems concerned with romantic love that are completely stripped of irony. It also includes the most classic of poetical forms, the sonnet. In 2008 Nieuwe sterrenbeelden was awarded the Jan Campertprijs and the Herman de Coninckprijs for best poetry collection. Subsequently, the autumn of 2009 Verhelst was appointed the City Poet Laureate of Ghent.

Verhelst is not only a successful poet but has also received recognition as a prose writer and theatre-maker. His oeuvre forms an organic and interconnecting whole, and is characterised by a uniquely physical language. His novel Tongkat (Tongue-cat; 2000), which received the Gouden Uil, the young Gouden Uil and the triennial Flemish Culture Prize for Literature, secured his move from cult author to a wider readership. Furthermore, Verhelst has enjoyed renown as a playwright for the NT Ghent theatre, most notably with the Toneelschrijfprijs from the Dutch Language Union for Aars! (Arse!; 2000). His first children’s book Het geheim van de keel van de nachtegaal (The Secret of the Throat of the Nightingale) was published in 2008 and received both the Gouden Uil for Children’s Literature and the Woutertje Pieterse Prize.

Wij totale vlam (We total flame) was published in 2014, receiving a VSB Poetry Prize nomination. In its praise for Verhelst, the prize jury wrote: ‘On this journey with the beloved, he lets “all corners of each meaning” dance, like the fireflies on the book's cover’. His latest collection Zon (Sun) was shortlisted for De Grote Poëzieprijs 2020, and won the prize of the youth jury.

Commisioned by Poetry International he wrote the 2018 Poetry Week present Wat ons had kunnen zijn (What could have been us).
© Cathérine De Kock (Translated by Astrid van Baalen)

Today You Look So…