A review of Wild Light: Selected Poems of Yona Wallach 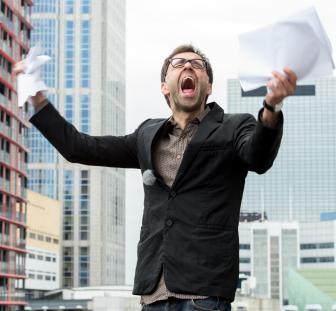 January 18, 2006
Yona Wallach belonged to that group of iconoclastic poets who “created out of their private world a counter-mythology”, argues Lilach Lachman. “Fascinated by everything she could explore about what was really unacceptable, she materialized her concept of the holy by constantly violating whatever was regarded as sacred.”
Yona Wallach has come to be known as the Angel of Fire. Someone compared her to a force of nature and to destiny. Yona herself presented the poet as a medium, but in fact opened an era of mythologizing the self: “there was Jesus and after him there had to be Yona.” In the years since her death, the myth has produced its images: the simple-hearted girl from the village; a stunned soul coming up the road to the city; the scandalous exhibitionist, an abuser of sacred symbols; the Holy Virgin who erupted as the “Monster Doe.”

The fascination she elicited both as a person and by virtue of her poetic power allowed no alternative other than that of magnetic attraction or horrified rejection. Wallach created an individual world which evolved in reaction to the ideological consensus prevalent in Israel in the first decades after the state’s establishment. In Things (1963) and later in Song she shocked her readers by introducing for the first time the myth of the multi-faceted self.

While European and American cultures have undergone at least two waves of twentieth-century avant-garde, everything that presented itself as open, anti-authoritarian, anarchic, playful and rebellious was only starting to emerge in the Israel of the sixties. In Israel, to write from a personal perspective during those years, involved a romantic faith in the open-endedness of literature, in the ability of poetry to transform itself and to go beyond existing poetic models. As such, this last phase of modernism, or first phase of postmodernism, was an insider’s view, a witnessing on the part of the poets themselves as we can read in their written manifestoes or interviews.

Those later known as the Tel Aviv poets felt restricted by the impersonal dictum of of Israeli Modernist Classicism, as much as by the regimentation of the Israeli collective ethos. For each one of them, the grand Zionist narrative had lost its credibility in one way or another. Experimenting in developing their distinct counter-narratives, they gave voice to a concrete self in relation to a concrete world, a self which was scarcely present in the literature on which they grew up.

The process of peeling away the self from its collective molds, from the mythologized landscape, from playful poetic personae can be seen in the works of {id="3172" title="Wieseltier"}, Wallach, Hurwitz, and of Avot Yeshurun (1903-1991) – a giant of Hebrew Modernism who was adopted as their poetic father. Their generation re-discovered the Romantic Bialik, attracted by his autobiographical poems, which appealed least to earlier Israeli Modernists.

Creating out of their private world a counter-mythology, all four poets approached language as a family clings to its own intonations, its personal references, and to its own special meanings defined in parentheses. Wallach combined biblical and Gnostic idiom and echoes from medieval Hebrew poetry with the music of speech and street-wise slang. What is entirely her own is her tone of voice, her personal speech.

The astonishing personae of this slim volume, Cornellia, Cassius, Lotte, Lola, are at once masque-portraits and crisis states – “a delicate illness with fever.” They are at once documentary (of psychic states) and surrealistic, their lighting and angle shots endowing the most ordinary scenes – Jonathan running on a bridge, Cornellia picking flowers, Cassius hearing the crows call – with a frightening dreamlike presence. By confronting us with an estranged world she disorients her reader’s sense of the real. Furthermore, as much as 'Jonathan' and 'Absalom' turn out to be new states of being, their names (punning only in Hebrew) become part of a language game in which one’s own sense of identity undergoes a striking process of fetishization.

In the poem {id="3504" title="Jonathan"} (Yonatan in the original) Wallach directs a cruel rite of identity to which we become witness. Revising the myth of the weak against the strong, Wallach attempts to redress the balance in the history of the excluded. Her subject is not David but the tragic loser Yonatan. Moreover, the enactment of an abusive children’s game in which the children “pierce” Yonatan, “lop off” his head “with a gladiola” and wrap it “in rustling paper,” calls us not to identify with the killer of Goliath, but rather with the victim himself.

For Hebrew speakers, the poem’s title not only counteracts this mythologized story by echoing a popular nursery rhyme “Little Yonatan,” but it inevitably conjures up the masculine form of the poet’s own name, Yona. Accordingly the victimized anti-hero of this poem is an androgynous figure, who recalls the homosexuality of the biblical Yonatan, but is akin to the poet herself.

This victimizing ritual becomes an initiation rite in which Yonatan “earns” his difference by paying the price of the others’ view of him: “Jonathan, Jonathan, they say/ forgive us really/ we didn’t imagine you were like that.” Performing the unpleasant role of bystanders to the cruel mutilation, we too participate, like the torturing children themselves, in the process of his objectification. At the same time we become participants in an initiation rite that reverses our own sense of official history, let alone our identity.

In her early work, the drama of identity is enacted by striking shifts from the literal to the figurative. In her later books, Wallach was busy deconstructing the multi-faceted self of this earlier poetry and formulating its laws. In place of states of consciousness and modes of being, here she becomes the (post)modern poet-synthesizer who sings of ideas, systems of knowledge and psycho-social theories. Wild Light (1983) includes strong and violent lyrics such as ‘My body was wiser than I’, ‘Eros’, and ‘Fears’, as well as some of her most provocative poems such as {id="3508" title="Strawberries"} and ‘Tefillin’. These two figure in the longer sequence ‘When you come to sleep with me’, where the violence of sex and the brutality of social role-playing is intricately woven.

In Shapes (1985) and Appearance (1985), the earlier sense of transgression is displaced to language, as we can see in the poems {id="3502" title="Hebrew"} and ‘Bourgeois’. What holds her later poems together is not a larger rhythmic contour or a consistent image pattern as in the earlier phase, but a network of rhyming, chanting and punning. In her last poems, published posthumously she replaces transgression with taboo: “and her I is not/ to be touched.”