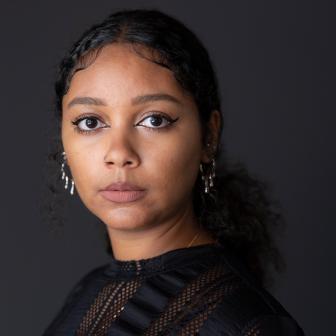 Sudanese-American poet Safia Elhillo was already making a name for herself at a young age with her spoken and written work. After a kickstart on the slam circuit her work began to appear in magazines and anthologies, including The Break Beat Poets: New American Poetry in the Age of Hip-Hop (2015) and Women of Resistance: Poems for a New Feminism (2018). Her debut collection The January Children was particularly highly regarded, “a deeply personal collection of poems that describe the experience of navigating the postcolonial world as a stranger in one’s own land” (Kwame Dawes, Goodreads). This personal search for Arabicness and Africanness and exploration of the tensions caused by this linked identity in these two worlds won her the Sillerman First Book Prize for African Poets and the Arab American Book Award. With searing clarity, Elhillo conveys a state of displacement and longing; no longer prepared to acknowledge any predefined boundaries, she navigates a newly-formed world in a post-colonial narrative that is terrifying, tender and challenging in equal measure. In 2018 Elhillo appeared in Forbes Africa’s ‘30 Under 30’ list.

SELF-PORTRAIT WITHOUT STITCHES FOR MY FRIENDS, IN REPLY TO A QUESTION ARM’S LENGTH HOW TO SAY FINAL WEEKS, 1990

FOR MY FRIENDS, IN REPLY TO A QUESTION